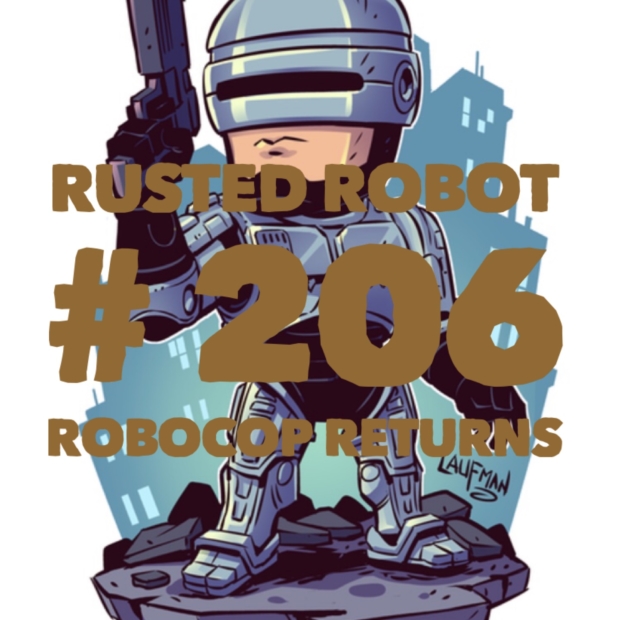 Everything comes full circle. In this week’s Rusted Robot Podcast, we talk about how Robocop Returns is a much anticipated film. In face, it’s the return of everything we ever loved. Pop culture rebirth, reboot, re-imagining! We’re talking about sequels and all the people and things that are coming back because of them.

ROBOCOP RETURNS, is the sequel we’ve been waiting for. The original writers of the 1987 film have a new script, and Robo is coming back, but it’s 30 years later. Where is Robocop and what is he up to these days? We can’t wait to find out!

STAR WARS IX: The 9th film in the main saga will see Billy Dee Williams return as Lando Calrissian. He just might be necessary now that all of our original characters have been killed off.

ZOMBIELAND 2, is coming next year. The best part: all of the original cast and crew are set to return. What’s been going on in the zombie world these last ten years?

Mego Corp was a huge toy company in the 1970s, but went out of business in 1983. Now, Mego Corp returns with classic style Star Trek action figures. We couldn’t be more excited!

ANT-MAN AND THE WASP. I’ve seen the film and I give a spoiler-free review.

GODZILLA VS KONG speculation! How will the producers handle the size differences? Do we need this monster verse?

Danai Gurira is to be cast in Star Trek’s 4th Kelvin-verse movie, along with Thor’s Chris Hemsworth reprising his role as Kirk’s father.

EXTINCTION. We watch the trailer for the new Netlfix movie and talk about how bad it is when movies try to incorporate visions of the future.

Josh has been watching the Re-Zero anime and tells us a bit about what he thinks.

DEADPOOL 2 is coming out really soon with a super duper extended cut full of so many special features!