Home Movie review: ‘Kubo and the Two Strings’ a beautifully animated, charming film for all ages

Movie review: ‘Kubo and the Two Strings’ a beautifully animated, charming film for all ages

Posted 4 years ago by Ashley Pauls 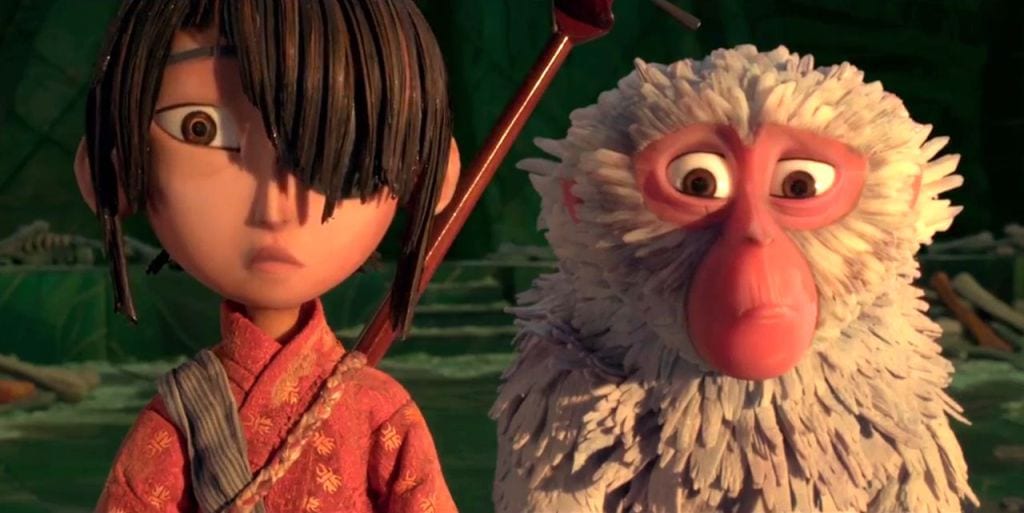 Mid to late August is sometimes seen as a dumping ground for movies Hollywood doesn’t have a lot of confidence in. Either the quality is mediocre or the studio fears it will become a flop. These movies just can’t compete with the big-ticket summer blockbusters. However, every once in a while you’ll find a hidden, late-summer gem, and one of those movies is “Kubo and the Two Strings,” out in theaters this past weekend. Although “Kubo” debuted at the box office in fourth place with just $12.6 million, this imaginative, beautifully-animated film is worth seeking out.

Currently sitting at 96 percent on Rotten Tomatoes, “Kubo and the Two Strings” is a product of animation studio Laika Entertainment, which also created “Coraline” and “ParaNorman.” The studio is known for its stop motion computer animated visuals. Kubo follows a young boy with a magical Japanese instrument called a “shamisen” who lives with his mother in a cave on the outskirts of a small village. Every day Kubo travels to the village to earn money by telling stories, using his magical instrument to bring origami creations to life. His mother has warned Kubo not to venture outside after dark, because his evil aunts and grandfather, the Moon King, will come for him.

Although Kubo doesn’t mean to be intentionally disobedient, one night he stays out in the village just a little too late, and something terrible happens. He is then sent on a quest to find his father’s armor, which will protect him from evil. He meets some new friends along the way — a talking monkey and a warrior who has been transformed into a half-beetle, half-Samurai — and learns he has the strength to be a hero just like his parents, even though they are no longer with him.

I’ll admit the premise sounds a bit strange, as does the film’s title, “Kubo and the Two Strings.” But the story is actually very intriguing and heartfelt, and after watching the film, the title seems perfect (I don’t want to explain any more, though, because I don’t want to spoil the film’s ending, or reveal what the “two strings” are and why they’re important). The film blends elements of mysticism and Japanese culture with the timeless themes of family and love.

And of course, the animation is absolutely gorgeous. Kubo’s quest takes him to a snowy wasteland, the strange, underwater “Garden of Eyes,” a magical cave, and more, and all are beautifully animated with lots of attention to detail. Some of my favorite parts are when Kubo is using music and storytelling to bring his origami to life in bright bursts of color.

While the film is family-friendly, it isn’t just for kids, and adults will find plenty to keep them engaged. It’s a refreshingly simple and self-contained story (no pop culture in-jokes or frenetic animation with too many things going on at once). Also, be warned—the film’s ending is rather bittersweet, and you might see a few misty eyes in the theater.

In short, “Kubo” probably won’t make a big splash at the box office this summer, but if you have a chance to see it, it’s well worth a watch. It’s an enchanting little film about the power of love, family, and yes, origami.