Home To The Moon and Beyond – Rusted Robot Podcast 252

To The Moon and Beyond – Rusted Robot Podcast 252 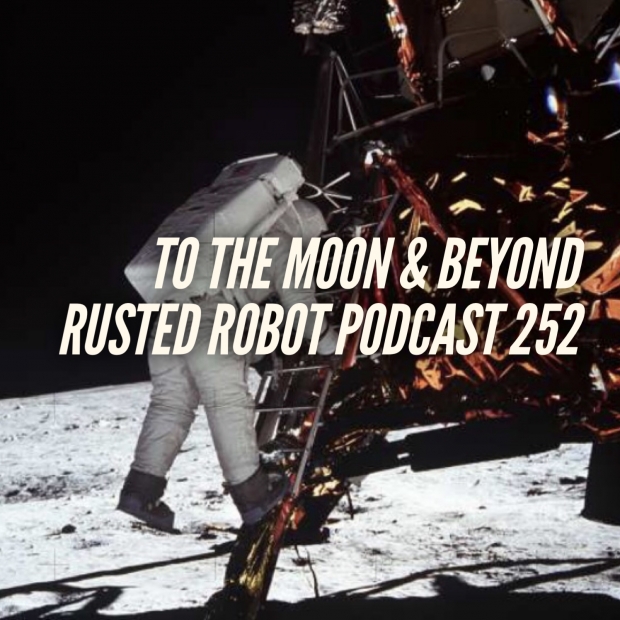 To The Moon and Beyond. The Rusted Robot Podcast presents episode 252, where we are celebrating the 50th anniversary of the Apollo 11 moon landing! We have some fantastic San Diego Comic Con news, and the July issue of the UK Correspondant.

50 years after Neil Armstrong stepped on the moon, conspiracy theories, jobs and money on the moon colonies, the recent lunar eclipse, going back to the moon.
Were the Teenage Mutant Ninja Turtles monsters?
The Walking Dead movie is going to theatres.
Edward Furlong will return as John Connor in Terminator Dark Fate.
Star Trek headlines of the week and the Picard trailer.
Cats – the musical as a theatrical film.
The Movies That Made Us coming to Netflix.
Mattel to release the Origins Line of He-Man and the Masters of the Universe in late 2020. With all new sculpts and more points of articulation, they will be available at the same time as the new MOTU film.
Childhood toy memories.
Attack of the Killer Tomatoes movie reboot starts filming.
Jay and Silent Bob Reboot movie lists an impressive cast.
Brandon Routh will once again be playing Superman in the DCTV Crisis on Infimite Earths tv event this fall.