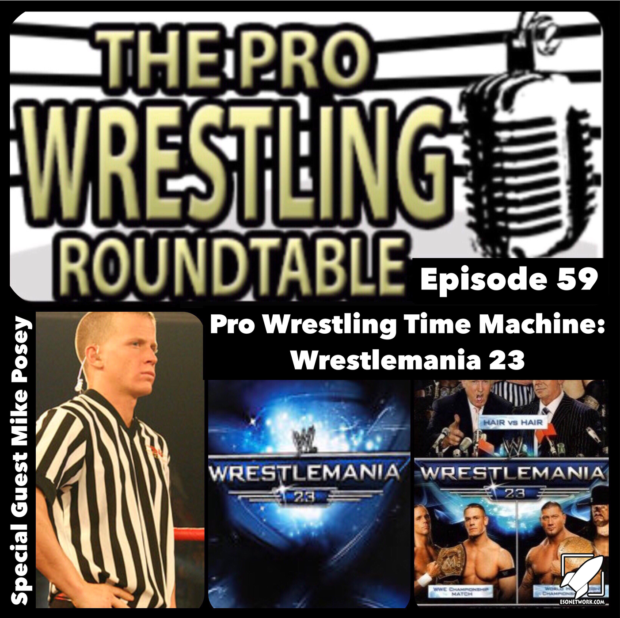 The guys jump into the wrestling time machine to go back 10 years & look at Wrestlemania 23. It was the battle of the billionaires with now President Trump in Bobby Lashely’s corner and Umaga in Vince McMahon’s corner in a hair vs hair match. Plus, there are good matches like Cena vs Shawn Michaels and not so good matches like Kane vs Great Khali. It’s also interesting to see where the wrestlers are these days. And don’t forget that backstage segment starring some divas and legends.

Before the main subject Jonathan from Wrestling With Pop Culture .Com presents a new interview with Mike Posey AKA P Dog who was actually at Wrestlemania 23 as a referee during the chaos of the Money In The Bank match. He tells us what its like to be a referee at the show of shows and a indy wrestler.