Home The One Where Shawn Gets Shot – Rusted Robot Podcast 256

The One Where Shawn Gets Shot – Rusted Robot Podcast 256 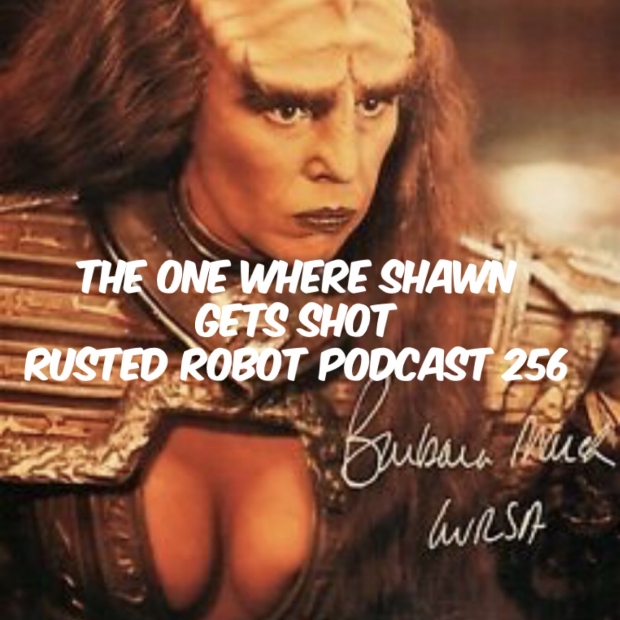 The One Where Shawn Gets Shot is an episode featuring movies, casting news, guns, TV shows and books!

This week we’re talking about some old television shows you may remember, such as Babylon 5, Se7en Days, Roswell, Avatar: The Last Airbender, and Teenage Mutant Ninja Turtles. We also talk about Rambo, Kidnap, Plastic Crack, eBay and Amazon.

In comic book news we have the story of Spider-Gwen and the Spider-Verse. Stay tuned for Gwen’s new name and comic book title, Ghost Spider. Our book this week is a graphic novel, fairy tale type story called Little Red Wolf. Kitty has all the details.

Josh tells us about his favourite new anime. It’s called Food Wars and it’s all about cooking challenges. Josh also regales us with talk about guns and skeet shooting. Perhaps this is the reason for why this is the one where Shawn gets shot!

Ewan McGregor is rumoured to be cast once again as Obi Wan Kenobi. However, it won’t be a Star Wars movie, it will be a 6 episode series on Disney+

Wesley Snipes is reportedly going to be playing Dracula in the reboot of Marvel’s Blade.

World Art Drop Day is coming soon. Spread some positive vibes in the world by participating.

This week we lost: