Home The 42cast Episode 64: The Eric and Julia Lewald Interview

The 42cast Episode 64: The Eric and Julia Lewald Interview

Posted 7 months ago by Nathan 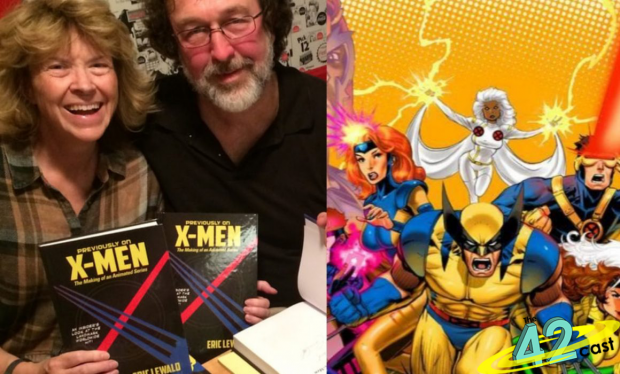 As we round out the year, we’re joined by Eric and Julia Lewald to discuss their work in animation, focusing on X-Men: The Animated Series and Exosquad. There are anecdotes aplenty as they detail how they broke into animation, working to get X-Men made the way that they want to, meeting Stan Lee, ideas that didn’t make it to the screen, and so much more. We also talk about Eric’s book, Previously on the X-Men, including some of the contents and what prompted him to write it. If you love X-Men: The Animated Series and want some awesome, behind-the-scenes information from the people who were there, give this one a listen and then go back and listen to our interviews with other creators for the series.

Show Notes:
Previously on X-Men from Jacobs Brown Press (Hardcover version with Eric’s signature)
Previously on X-Men from Amazon with softcover and Kindle versions available
Eric and Julia’s blog
Our interview with X-Men: The Animated Series producer, Will Meugniot
Our interview with prolific writers for X-Men: The Animated Series and Exosquad, Michael and Mark Edens