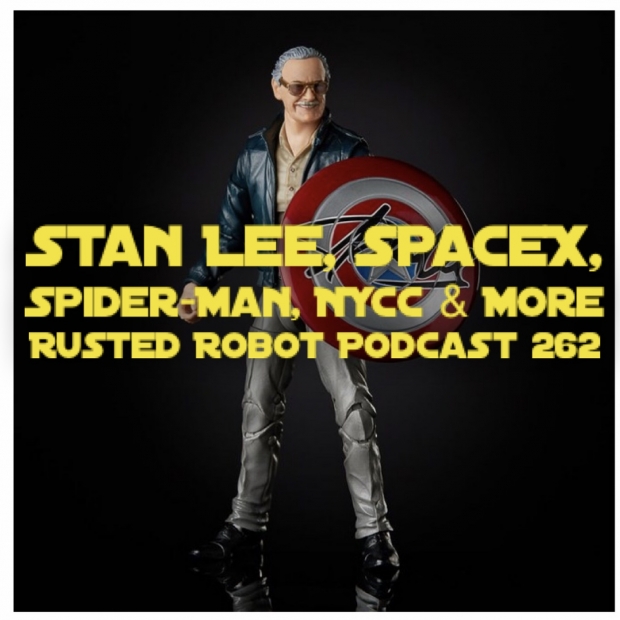 Spider-Man is back in the MCU, Stan Lee is becoming an action figure, Elon Musk is buidling a starship, and trailers are dropping everywhere!

Star Trek Picard dropped a teaser trailer before we started recording. Then they released a full trailer. Star Trek Discovery released its season 3 trailer. Lost in Space season 2 is coming to Netflix on December 24th.

Stan Lee is being honored by Hasbro. A six inch action figure will be sold in the Spring of 2020 for about $24.99

Elon Musk says his SpaceX Starship will be ready for launch in about 6 months.

Astronaut and teacher Christa McAuliffe to be commemorated with a $1 silver coin in 2021 to mark the 35th anniversary of the Challenger disaster.

Disney and Sony reach a deal. Spider-Man will be featured in a 3rd film in the Homecoming series.

We discuss The War of the Worlds trailer. The series is coming to BBC One. We’ve seen the first episode of Evil and will continue watching. Disenchantment and Wu Assassins on Netflix are pretty great. Pippi Longstocking will be getting another movie.

Anime is here again! Josh gives us a breakdown on the new season of anime shows.