Home SOUL FORGE 89 – What Do You Mean We’re All Black? 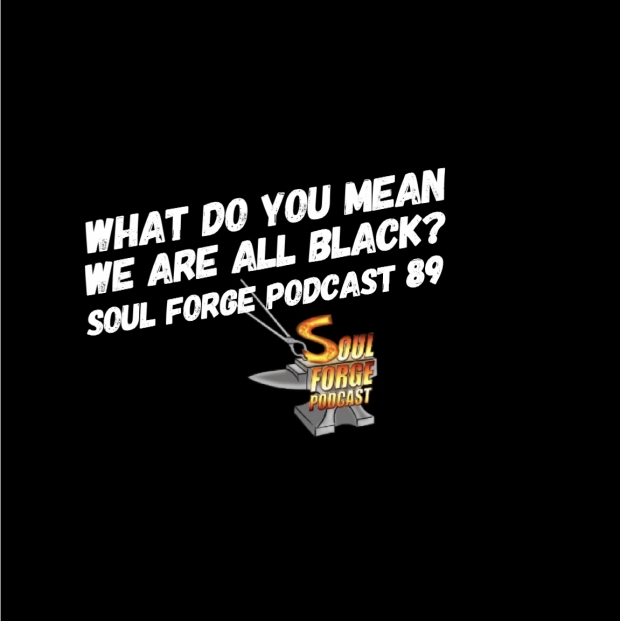 February is Black History Month. For this episode the Soul Forge has a special guest sharing her experience as a black woman living in the north. What is it like being black in the great white north?

Deidre was born in Winnipeg, Manitoba and moved to Timmins about 10 years ago after a career in Paramedicine. Working as a flight medic allowed her to travel around Canada and the United States. This also exposed her to many different cultures and ways of life. This community involvement of hers has allowed her to experience other cultures. However, it has also enabled her to see the similarities between all of these many different peoples. It turns out, we’re not really all that different from one another.

In her working life, she has seen racism first hand. There is blatant racism, but there is also passive racism, or the kind that is harder to pinpoint, but is real nonetheless. Corporate policies and biases in the workplace are a major source of racism. Also, the race problems in the school system are still an ongoing concern. From subjective as opposed to objective reports on her work performance, and from schools singling out kids with differences, Deidre has seen her fair share of bigotry.

Other topics discussed in this episode include Jane Elliott’s Blue Eyes/Brown Eyes experiment and how this relates to point of privilege. We also discuss various life lessons, what we have taken away from our grandparents, and the role models on television. TV shows include The Jefferson, Sanford and Son, Good Times, and The Cosby Show.