Home Some Second Thoughts on Aladdin By Alex Autrey

Some Second Thoughts on Aladdin By Alex Autrey

Posted 7 months ago by ESO Network 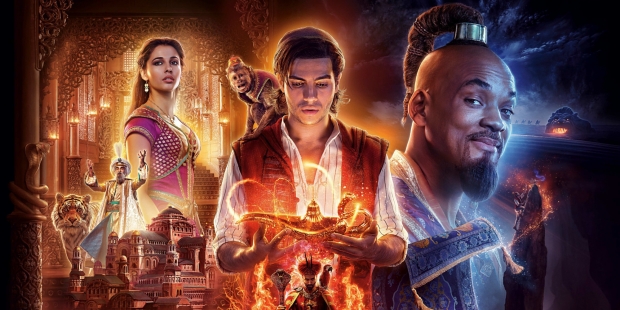 Aladdin is the most successful movie of the Summer.

And yes, I’m including Avengers in this.

Aladdin dropped 29%, and lost 200 theaters in the process. And is the number 4 movie of the weekend.

Aladdin is out performing what all the experts thought. It’s outperforming the statistics. It should have peaked at $280 Million. And it’s still holding strong. Spider-Man comes out this weekend, which will undoubtedly take Toy Story out of the top spot. But Annabelle Comes Home, and Yesterday (My personal favorite movie of the Summer so far) are both in danger next week of being beaten out by a film that most of us did not seeing, or being as successful as it was.

So, why? Why were our experts so wrong? Why were the people who track movies so wrong on this on?

A friend of ESO posted on the network’s Facebook page that perhaps the reason why is because the people who had such a big attachment to the original are not the ones going to the movies.

Almost everyone before the movie came out were bothered by the idea of anyone replacing Robin Williams. Williams performance was iconic. But the target demographic for this movie isn’t the people who grew up on Robin Williams, or his performance in the animated film. No, this movie was made for the generation after that. Disney had the story, much like they did with Cinderella, Maleficent, and even Alice in Wonderland. But this one, this one was different. The previous ones were all animated from the 50s and 60s. For the pundits, this was from “our” time. And how DARE Disney go after OUR version like that.

Except that this version was never intended for those of us who grew up with Aladdin, or more importantly Genie. No, this was different. This was for a new generation, a generation that wanted THEIR Genie. And the box office shows it is a success.

Another reason for the success is that the story really is timeless, and that is important. A good story is going to be good no matter when it is done. Now, some could point to the stage productions being incredibly important to the overall vibe of the live action movie, but I think it really is more than that. Aladdin is a good story. The young man free who wishes to be more. The Princess who has everything except her choice, and an omnipotent power with no freedom of choice. Their stories loop together in such a way, it only makes you want to see more.

No matter if it is animated or live action. A good story will always live on.

Last year, it was the summer of Brolin. This year, in a year where we all said that Will Smith was once the king of the summer blockbuster, we have a new king, and it is Will Smith and Aladdin.