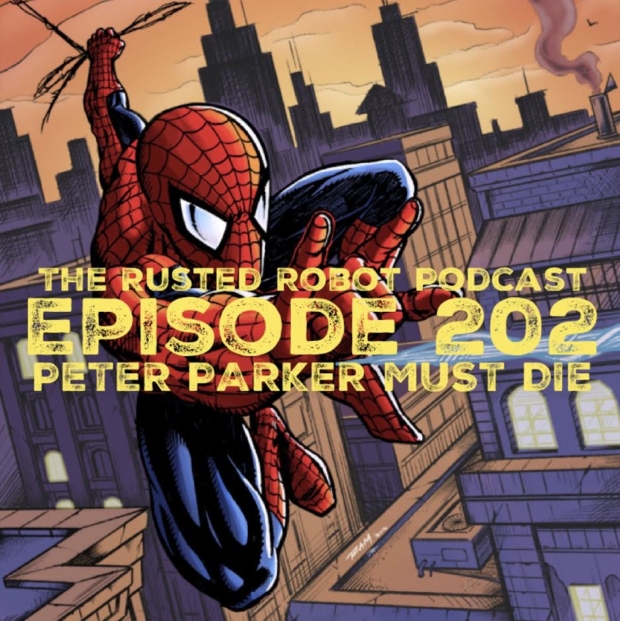 This time the Rusted Robot is back to its regular format. We learn that everyone must face their own Uncle Ben moment in order to become who they were meant to be. We wonder if Peter Parker really must die!

STAR TREK Discovery news…there is a big show-runner shake-up, Aaron Harbarts and Gretchen Berg are accused of abuse and budget issues, AFTER TREK will be going through some changes for its next season, Alex Kurtzman will be taking over the show runner chair.
Chris Hardwick, the podcast guru, faces controversy from his ex-girlfriend over inappropriate behavious.
Stan Lee just can’t catch a break and we briefly discuss his continuing woes.
BUMBLEBEE trailer — is it a soft reboot? Why no mention of the word Transformers?
FIRST MAN trailer is previewed and discussed, and we think it might make a great addition to the space history film genre.
SPIDER-MAN INTO THE SPIDER-VERSE trailer is where we get this week’s episode title and we discuss a bunch of stuff regarding the spider verse.
THE LEGO MOVIE 2: THE SECOND PART trailer. Looks like it might be all right. We shall see.

Star Wars: we have some thoughts on SOLO and the Star Wars universe in general.

Opposite Gender Superhero Hypothetical…which hero would you be and who are you most like? send us your thoughts to therustedrobot@gmail.com

This week we play podcast promos for 2 other shows: Here Be Tygers, and Lexitecture