Not Too Old To Play With Toys – Rusted Robot Podcast 282 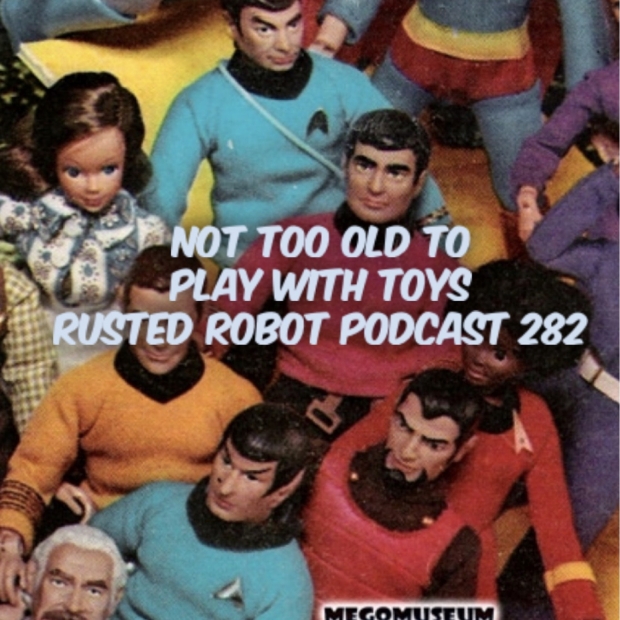 The Batman’s Matt Reeves just released 3 pictures of the new Batmobile. Therefore, we discuss our favourite batmobiles from years gone by. Just what do we think of this new 1970s style car anyway?

Star Trek news! Episode 7 of Picard was incredible. Season 3 of Discovery has wrapped filming and the series has been renewed up to season 5. All the shows have been given at least 2 more seasons. MEGO has revealed images of the upcoming action figure wave. Kenneth Mitchell (Discovery’s Kor) reveals ALS diagnosis. William Shatner gets to keep his horse semen in his recent divorce settlement.

SPAWN’s Todd McFarlane tells us that a film reboot is on the way. Credits the success of Joker for paving the way for the new movie.

Greyhound! Tom Hanks has a new WW2 movie coming out in June. The trailer brings us to a discussion about water combat and naval warfare.

Robert the Bruce. It’s the sequel you didn’t want, starring the character you couldn’t stand. Coming this April! We talk about genealogy.

You’re never too old to play with toys!