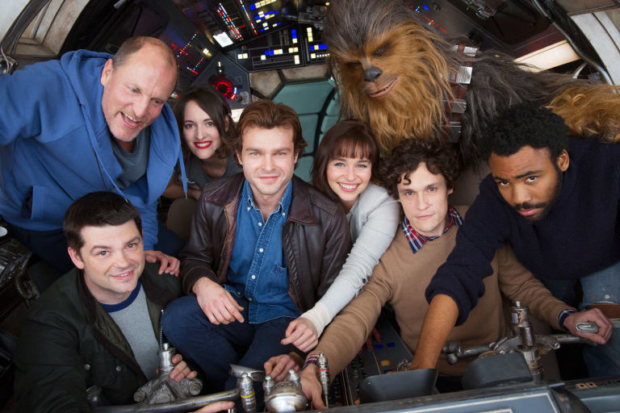 So far, I’ve been very pleased with the way Disney has handled the Star Wars universe since they purchased Lucasfilm back in 2012. I loved “Episode VII: The Force Awakens” and “Rogue One: A Star Wars Story.” I’m still a little bummed Disney made the old Star Wars Expanded Universe novels go away, but the new canon novels are getting better (the “Rogue One” novelization is excellent, by the way).

However, there have been a few road bumps in Star Wars land this year. Phil Lord and Christopher Miller — directors of the upcoming Han Solo prequel film, perhaps best known for their work on “The Lego Movie” — were fired in June over alleged creative differences regarding the project, and Ron Howard was asked to step in. Most recently, Colin Trevorrow was ousted as the director of Episode IX. “The Force Awakens” director J.J. Abrams will take over.

It’s easy to feel concern over something as major to a project as a director shakeup, and wonder if the studio is being too controlling or lacking a cohesive vision. Especially when, in the case of the Han Solo movie, months of filming had already taken place when the directors were fired. However, based on Disney’s handling of the Marvel Cinematic Universe and the previous Star Wars films, I’m going to side with them on this one. Of course I’ll have to wait until I see the finished product, but I think they likely made the right call.

I loved Lord and Miller’s Lego movie — it was one of the funniest and most creative movies I’d seen in a long time. But an overly comedic tone is not really what I want from a Star Wars movie. According to rumors, the directing duo was trying to make the Han Solo movie into a comedy with supposedly too much improvisation. Although I do think it’s good for directors have some room to bring a fresh vision to these well-established franchises, you don’t want to veer too far off course from that classic “Star Wars feel.” Gareth Edwards did a great job bringing a gritty war movie tone to “Rogue One” while still having it feel like a Star Wars movie. The Wikipedia page for the Han Solo movie calls it a “space western” and I really hope that’s the tone Ron Howard is able to draw out.

I also feel it was ultimately a good decision to part ways with Colin Trevorrow, at least for now. His “Jurassic World” was a fun movie but not a flawless one; nostalgia, dinosaurs, and Chris Pratt carried the film more than the plot. Trevorrow’s recent “The Book of Henry” was not well received by critics, and I have a feeling his removal from the Episode IX project had at least something to do with this.

Not everyone has been thrilled J.J. Abrams is returning to the Star Wars universe, but I’m personally really excited. Abrams is actually one of my favorite directors. I think he approaches film making with a lovely sense of childlike wonder, and I believe he will bring an epic closure to the Star Wars sequel trilogy. I liked all the elements of nostalgia in “The Force Awakens”; after the prequel trilogy, a lot of fans felt burned, and it was probably best to take a safer approach with Episode VII. I think Episode VIII will push into some newer, darker territory, and Abrams will (hopefully!) be able to blend all that together in the final film.

As I was chatting with my husband about the Star Wars director shakeups, I did have to admit that Abrams and Howard are fairly “safe” choices for the franchise, and Disney doesn’t seem keen to take a whole lot of risks at this point. At least for now I want the Star Wars movies — at least the main ones — to keep having that similar, classic feel. However, in the future I think Disney should feel confident enough to take a few risks with the anthology films, venturing out beyond the template they’re comfortable with. We may never see a gritty, R-rated Star Wars bounty hunter/gangster movie set in the seedy underbelly of Coruscant or the back alleys of Mos Eisley, but wouldn’t that be awesome?