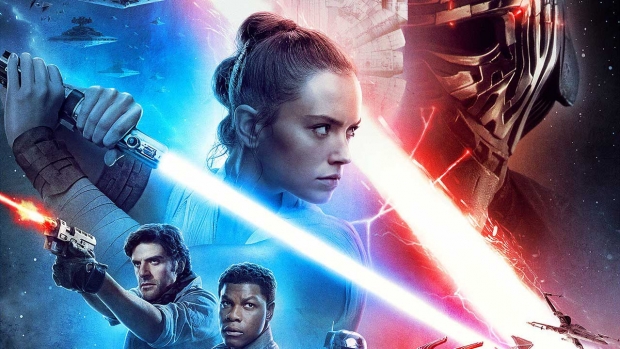 I love “The Last Jedi.” In fact, it’s my favorite Star Wars film. Even two years later, I still enjoy talking about it, although I do have to admit, the Star Wars fandom has made me feel a little…well…weary.

Due to the realities of online fandom culture, it’s tough to tell just how divisive “The Last Jedi” was, whether it was actually a 50/50 split of like/dislike or what more casual fans like the general public really thought of it.

Needless to say, it generated a lot of debates within the fandom, and those fans were not always nice about it. It has always seemed weird to me how other fans have gone out of their way to be mean, rude, and/or condescending to people just for liking a Star Wars movie. Like Luke Skywalker in “The Last Jedi,” sometimes I just want to run away to an island populated solely by Porgs and hide from the fandom.

I had hopes that maybe “The Rise of Skywalker” would be a break for the Star Wars fan community, giving us something new to talk about and maybe quieting some of the debates. But alas, I should have heeded Luke’s warning from “The Last Jedi”: “This is not going to go the way you think.”

It’s really tough to review this film without spoilers, especially since the controversial stuff is very spoiler-heavy. So before I dive into my VERY spoiler-filled thoughts, here’s my one sentence review:

There’s a lot of chatter online — some positive, some negative. My advice is to just go see it, and form your own opinion. Any time you have a movie in a franchise with a fanbase that is this passionate, it is really tough to produce a movie that pleases everyone.

“The Rise of Skywalker” definitely needs to be seen on a big screen, and it will no doubt be inspiring lots of conversations for many years to come.

So yes, “The Rise of Skywalker” has some flaws. Yes, there is some stuff I would have changed. But darn it, I just love this movie so much. It felt like a great ending to the saga to me — bittersweet but full of hope for the future. I loved it even more the second time I saw it, and I’ve already got plans to see it again!

The movie starts off rather abruptly; instead of easing us into the narrative, they drop us right into the story. Kylo Ren is off to confront the undead Emperor Palpatine, as the Resistance scrambles to face this new threat.

I kinda wished they’d saved the Palpatine reveal till later in the film, because it makes the first few minutes of TROS a little jarring. However, I will say that some of the early pacing issues, which bothered me on first viewing, did not bother me as much the second time. It was nice knowing what to expect, so I could just relax and enjoy what was happening on screen.

“The Last Jedi” was a more introspective, character-focused film that dived pretty deep into larger issues about the Jedi and the Force, while “The Rise of Skywalker” is more of a fast-paced adventure about chasing an artifact across the galaxy (it actually reminded me of Indiana Jones in some ways).

Now, I happen to enjoy both these styles of movies, but based on your own personal tastes, you might like TROS more or less than TLJ.

I really loved seeing Rey, Finn, Poe, Chewie, and the droids go on an adventure together. Daisy Ridley, John Boyega, and Oscar Isaac have such great chemistry, and it was really fun to see their dynamic.

Rey is one of my favorite Star Wars characters, and I have way too many cosplays for this character (I finished my Dark Rey costume in time to wear it to the theater for Ep. IX). I was really curious and nervous to see where this film would take her character.

Initially, I wasn’t a fan of the revelation that Rey was a “Palpatine.” I liked the idea of her being a nobody, to really drive home the idea that you don’t have to come from a powerful Force lineage in order to be great.

But, that being said, I think they handled the reveal well in the film, and the twist landed more smoothly for me the second time I watched it.

It’s interesting because Rey was so desperate for belonging and to find her family, only to discover that her only surviving family is literally THE WORST person in the galaxy: Emperor Palpatine.

TROS does a really great job showing Rey grappling with her anger (Force lighting!). She isolates herself because she feels no one understands her, and the one person who potentially does — Kylo Ren — is still trying to convince her to turn to the dark side. 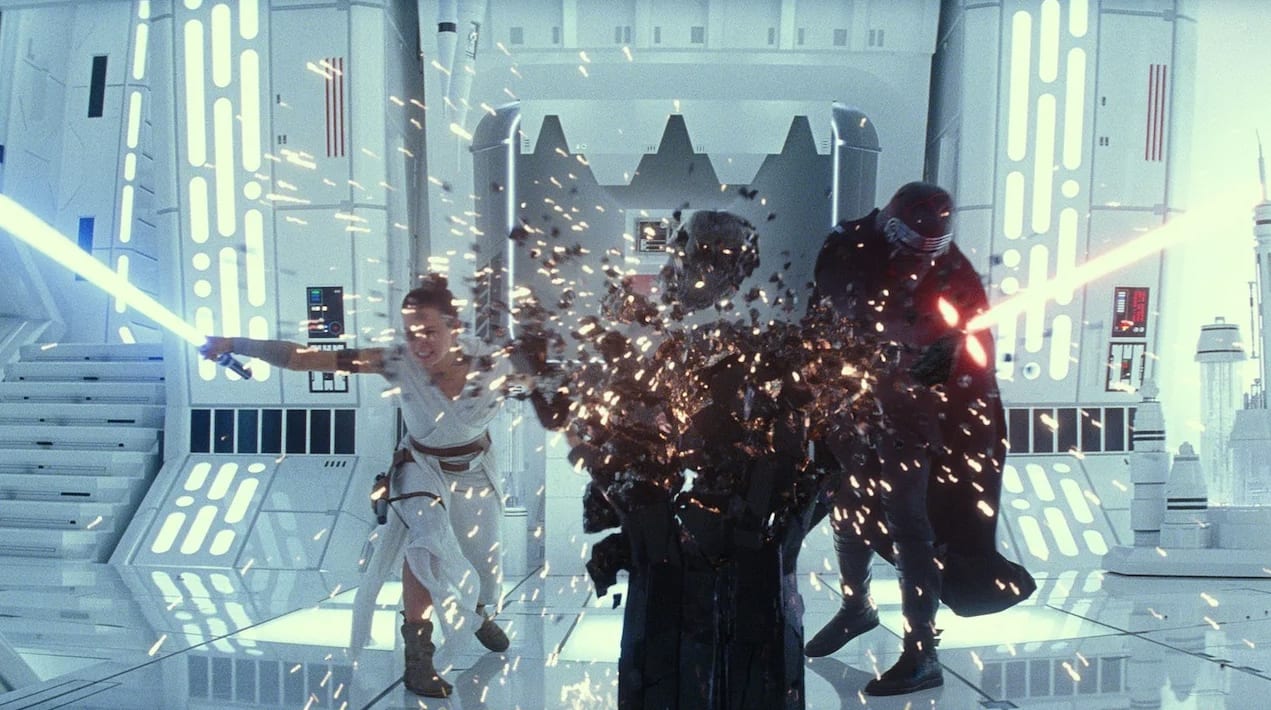 The complicated relationship between Kylo and Rey is, to me, the best thing about the Star Wars sequel trilogy. Their fight in the ocean on the ruins of the Death Star ranks among my favorite Star Wars scenes now, and it’s made even more powerful as Kylo finally makes peace with his family and rejects the darkness.

I was nervous how this film would handle the character of General Leia after Carrie Fisher’s death, but I believe TROS gives the character a fitting and respectful end. She willingly sacrifices her life and becomes one with the Force in order to reach her son one last time. And Kylo’s vision of Han Solo made me more than a little misty-eyed; I hadn’t heard that Harrison Ford was returning, and it was a lovely surprise.

Speaking of Kylo Ren, Adam Driver is great, once again, as the tortured final Skywalker. I didn’t even realize that Kylo had such minimal dialogue after his turn back to the light on the Death Star ruins, because Driver is that powerful of an actor and does so much with his expressions and body language. I loved watching him transform back into Ben Solo as he fights the Knights of Ren and Rey passes the lightsaber to him through the Force.

I am a little sad he didn’t live, because it would have been super interesting to see a dark sider coping with their mistakes from the past and searching for atonement. However, if I only got to pick two of the three things I wanted for Kylo — Bendemption, Reylo, and Ben surviving — I’d have chosen the two we got, because I do adore an angsty, tragic romance. I love the fact he crawls out of the pit, despite his pain, and then uses the last of his life force to heal her. (Yes, I’m still swooning over that!)

And, as we’ve heard before, no one is ever really gone. Ben is now at peace within the Force, and who knows? With places like the World Between Worlds introduced elsewhere in Star Wars canon, he may show up again in some way.

This film has a good balance of the new and the nostalgic. Lando Calrissian was used well; it’s always a pleasure to see Billy Dee Williams again. “Fan service” is sometimes used as a negative term, but it can be really powerful when done correctly (such as Cap catching Thor’s hammer in “Endgame”). I was initially hoping to see more Force ghosts, including Anakin’s, but I think the way the movie handled it was actually better (Rey hears the voices of past Jedi, inspiring her to get up and keep fighting).

I appreciated how the ending was bittersweet, like the endings of the other two Star Wars trilogies, blending love, loss, and, above all, hope. That’s why I’m a fan of Rey’s ending; even though all the Skywalkers are technically gone, their legacy isn’t, because Rey chooses to take on the name. She is reclaiming the Skywalker legacy and leading the Jedi down a new path.

As you probably gathered, I could talk about this movie forever, but this is turning into a really long review (if you’re still reading, bless you!). Since Star Wars is my favorite franchise, it’s really hard to look at these movies objectively/critically, and I find myself wanting to gloss over the little parts I didn’t like and just focus on what I loved.

So, to close this out, here are some of the random little things from this movie that made me smile: