Home Movie review: ‘Bumblebee’ is the Transformers movie we’ve been waiting for

Movie review: ‘Bumblebee’ is the Transformers movie we’ve been waiting for 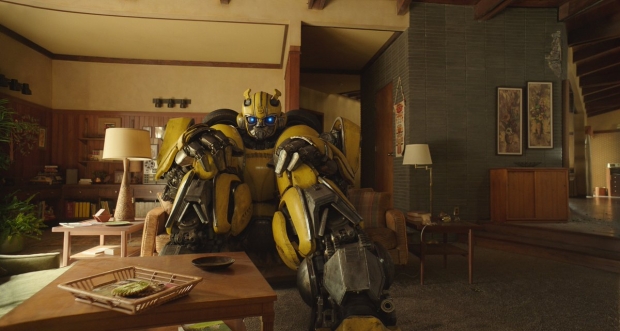 This is a sentence I never thought I’d write, but here it is: yes, a Transformers movie really is one of the best movies of the year.

The films in Michael Bay’s Transformers franchise haven’t exactly been beloved by critics, or by a lot of geeks. Though they’ve collectively made $4.3 billion(!) at the box office, their highest achieved Rotten Tomatoes score is a still-rotten 57 percent. The performance of the previous film, “The Last Knight,” indicated possible waning interest in the franchise.

If you feel burned out after the previous five Transformers movies, I hear you. And while you might not want to give the franchise one more chance, I’d really encourage you to do so. “Bumblebee” is a wonderful, surprisingly heart-felt and character-driven movie, and I absolutely loved it.

I know “heart-felt” and “character-driven” aren’t the typical words that come to mind when you think of the Transformers franchise, but “Bumblebee” has a very different feel than the films that have come before it. Set in the 1980s, the film follows the lovable, bright-yellow robot as he flees to Earth to find a safe haven for Optimus Prime and his allies after a devastating Decepticon attack. Bumblebee befriends Charlie (Hailee Steinfeld), a lonely teenage girl who’s been struggling since the death of her father.

Although Charlie copes with her grief by shutting out everyone who tries to get close to her, Bumblebee slowly wins her trust, and their friendship helps her begin to heal. When two Decepticons come to Earth to track Bumblebee down, Charlie and her new robot friend work together to save the day.

I really don’t have anything to criticize about this movie, because it pretty much fixed all the problems I had with the other Transformers films.

One of the common complaints about the franchise is that the action scenes were always a little too over-the-top; I love a good explosion in an action film, but the Transformers movies relied too much on special effects over substance.

While there are some cool action sequences in “Bumblebee,” they are refreshingly smaller-scale, and the emphasis of the film is on the characters. Sometimes it’s nice to have a stripped-down blockbuster like this, where there aren’t a million and one things flying at the screen at any given moment.

By contrast, Charlie feels like a real teenager. She’s given hopes, dreams, fears, and struggles. I loved seeing her friendship with Bumblebee develop, and when they had to say goodbye at the end of the film, yes, I did get a little misty-eyed.

The cast of characters is actually rather small, which was also refreshing. This allows the film to really focus on the interactions between Charlie and Bumblebee, which form the heart of the movie. Another character I liked was Charlie’s neighbor and co-worker, Memo (Jorge Lendeborg Jr.). I thought his crush on Charlie was adorably awkward, and their relationship felt like an authentic “teenagers falling in love for the first time” experience. It reminded me a little of “Spider-Man: Homecoming,” one of my favorite Marvel Cinematic Universe films.

Like I said before, I really can’t think of anything to criticize about this movie. I appreciated that they got rid of the cringe-y humor (the less we say about “Transformers 2,” the better). There are some laughs in “Bumblebee,” but they’re sweet moments, rather than eye-roll inducing.

Anyway, I had no idea that I’d end the year by gushing about a Transformers movie, of all things, but here I am!

I’m glad I held off making my “best of 2018” movie list until after I saw “Bumblebee.” I wasn’t even originally planning to see it, but when I saw it receiving really glowing reviews, I decided I had to check it out. I’m glad I did, because it’s definitely in my top five this year. It’s the perfect way to close out my 2018 at the box office.