Hitting the target: ‘Arrow’ returns after strong start to season 2

Posted 6 years ago by Ashley Pauls 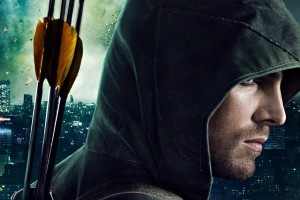 In the first season of the DC Comics show “Arrow,” viewers watched vigilante archer Oliver Queen evolve from a spoiled, aimless playboy into a self-sacrificing hero. It was an exciting transformation to watch, mirrored by the evolution of the show itself. The show took a bit to find its footing, developing and tweaking characters and playing with the format and tone of the show. Show runners seemed to be really listening to what fans did and didn’t like about the show, and “Arrow” continued to get stronger throughout its first season.

All that revision paid off, and so far in season 2, almost every episode seems to be right on target. The show returns this Wednesday (Jan. 15), after a holiday hiatus and a solid mid-season finale that added another well-known superhero to the mix. It’s one of my favorite currently running shows and for me has become must-watch TV each week.

A show is only as strong as the quality of its characters, and “Arrow” has built a good ensemble cast. Stephen Amell has proven to be a likable lead as Oliver Queen/the Arrow. The five years he spent marooned on a mysterious island have changed him and hardened him, but they also gave him a deeper sense of compassion. He’s haunted by the mistakes he’s made in the past, and he doesn’t hesitate to risk his own life to stand up for those in need. In season 2, he’s been faced with a new moral quandary: although he’s striving to show restraint and mercy as he combats crime, sometimes he’s forced to resort to violence to protect innocent victims and the people he loves. “Right” and “wrong” can be slippery concepts in vigilante justice, and Oliver must decide how much of his humanity he can risk sacrificing.

Another strong character is Oliver’s bodyguard/sidekick John Diggle (David Ramsey). “Dig” keeps Oliver accountable, pushing Oliver forward when he needs motivation but also holding him back when he needs to use restraint. They’ve grown from associates to genuine friends, and, along with IT expert Felicity Smoak (Emily Bett Rickards), he is one of the few people Oliver truly trusts. Felicity originally appeared in the show in a smaller capacity, but fans liked her so much she was upgraded to a series regular, and the show is better for it. Felicity is witty and delightfully quirky, and her chemistry with Oliver has had many fans rooting for the two to become more than “just friends.”

Arguably the show’s most complex character is Oliver’s mother, Moira Queen (Susanna Thompson). Moira helped arrange a catastrophic event called “The Undertaking” that destroyed a portion of the Starling City slums. Although Moira acted under duress, she may not be entirely blameless, and she’s been, at different times, a victim and a villain.

Another risk “Arrow” is taking is moving the show gradually in a more sci-fi, “superhero” direction. Until season 2, the action was, for the most part, fairly grounded in reality, closer in tone to “Batman” than, say, “Green Lantern.” However, the mid-season finale introduced the character Barry Allen, who later becomes “The Flash,” a DC Comics hero with super speed. The transition seems to be smooth, though, and the plot choices so far feel authentic. I like the fact the show runners are slowly expanding the scope of “Arrow’s” world, and it’s fun to guess what other well-known DC characters may show up in the future.

The series has plenty of interesting territory to cover in the second half of season 2. I’m curious to learn more about Slade Wilson (Manu Bennett), a character Oliver befriended on the island but now has (apparently) become his enemy. Isabel Rochev (Summer Glau), the woman who’s taken over Queen Consolidated, remains a bit of a question mark, and it’s still unclear whether Oliver can really trust her. We also have yet to see how Roy Harper (Colton Haynes) — the boyfriend of Oliver’s younger sister Thea Queen (Willa Holland) — will be affected by an injection of superhuman serum.

So, what do you think? Are you a fan of the show “Arrow”? What would you like to see in the second half of season 2?