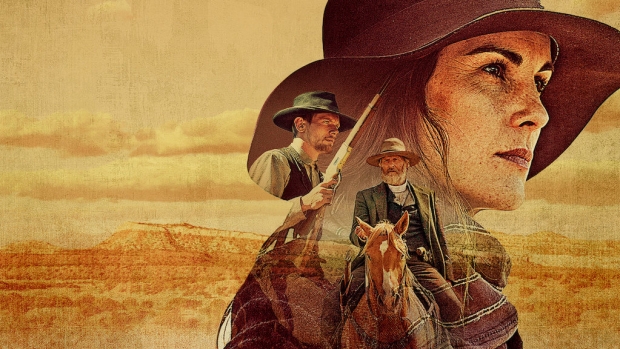 Well, when I posted the first part of my review of the Netflix miniseries “Godless” back on March 5, I had no idea how much my life would be changing in the next couple weeks.

Since then, the university I work for has been shut down due to growing concerns about the spread of the coronavirus (COVID-19), and I’ll be working from home for the foreseeable future. It’s a strange and scary time, as so many of the normal routines of life have shifted. As a movie reviewer, I’ve found that many of the films I was planning to review over the next couple of weeks have been postponed. My local movie theater is closed down, and the regional comic con I was planning to attend this weekend was cancelled.

However, I’m going to continue my Western-focused blog series, because as geeks I think it’s important that we keep podcasting, blogging, and consuming media that brings us joy. Now that I’ve finished “Godless,” I highly, highly recommend this Netflix series for anyone who is looking for interesting content to stream right now.

I covered the first two episodes of the series in my initial blog post, but since I published that a while ago, here’s a quick recap of what the show’s about:

This Western series follows multiple complex characters, including widow Alice Fletcher (played by Michelle Dockery), who’s known plenty of tragedy and likes to keep to herself; sheriff Bill McNue (Scoot McNairy), who still grieves the loss of his wife and is now losing his sight as well; outlaw/terrorist Frank Griffin (Jeff Daniels), who leaves behind a trail of blood wherever he goes; and former outlaw Roy Goode (Jack O’Connell), whose conscience finally gets the better of him and motivates him to turn against Griffin.

The story is primarily set in La Belle, New Mexico, a town that is populated mostly by women (the majority of the men were killed in a tragic mining accident). The women of this town are caught in the crossfire between Roy and Frank, and they’ll do whatever it takes to protect their town and their families.

Wow, this was such a great show — I feel like I can’t praise it highly enough. I do appreciate that it is a true miniseries; it tells a complete story in seven episodes, and I honestly wish we’d get more limited series from both big networks and streaming services. With this format, you get to tell a story that’s more expansive than if this same narrative was scrunched down into a two-hour movie, but there’s also a heightened sense of urgency because you know the number of episodes is limited (versus stretching the story across multiple seasons).

Another thing that really helps this series stand out is that it truly felt balanced between male and female characters. Westerns have long been a male-dominated genre, and it’s not often you get to watch a large number of female characters in this type of film. I loved seeing so many wonderful female characters get to play such an active role in the story.

This series manages to be both an epic Western — with a truly high-stakes shoot-out at the very end, with the town’s survival in jeopardy — and a more intimate character drama. You get to learn more about the complicated connections between Roy and Frank, and the reasons why Alice is so hesitant to trust or rely on others. 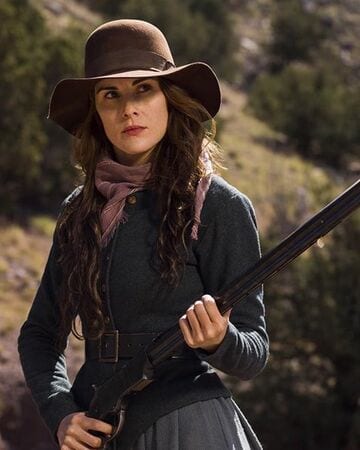 There are so many things I want to talk about in this series, and I just can’t keep the discussion spoiler-free any longer, so this is your warning to stop here if you haven’t seen the series yet.

Frank Griffin is a truly terrible man (shout-out to Jeff Daniels for such a creepy and effective performance), and I didn’t feel sad for him one bit when he came to a violent end. But, it was fascinating to hear about how his backstory drove him down such a dark path. Roy Goode could have easily ended up like Frank — especially since, for a time, Frank was like a father to him.

But Frank finally goes too far, and Roy flees, knowing that he’s painted a huge target on his back by leaving the gang. Unfortunately, his interactions with the people of La Belle draw Frank to the sleepy little town, and the women have to take up arms and fight him off, many good people dying in the process.

I liked seeing how Roy became a mentor to Alice’s young son, Truckee. Roy is a much better father figure to Truckee than Frank was to Roy, and you can see how heartbroken Truckee is when Roy eventually has to leave town.

I was pretty sure there would be some kind of romantic subplot between Alice and Roy, and while I’m glad it was explored and I thought it was done well, I appreciated the bittersweet ending, where they each had to go their separate ways. They both find freedom from their pasts, but for Roy, that involves a new life in California.

The show builds up a lot of hype around who will be the person to finally take down Frank Griffin. He’s constantly saying “I’ve seen my death, this ain’t it.” Roy turns out to be the one who kills him, telling Frank, “You’ve seen wrong” when Frank doubts that these are indeed his final moments.

While it makes sense narratively why Roy would be the one to kill Frank, bringing the story full circle, this was maybe the one thing that disappointed me slightly about the ending. I really liked the idea that there was something slightly supernatural going on here, and Frank had genuinely seen a vision of his death. It would have been really interesting if, at the very end, he realizes that he’s actually experiencing the moment from his vision and is going to die. I also would have liked to see one of the female characters defeat Frank, either Alice or Mary Agnes, the sheriff’s sister.

Anyhow, that’s not a criticism, just more of a personal preference as to how I would have liked to see the story end.

Riding off into the sunset

While I’m really tempted to wish for a second season of this show, because it was so good, as I said earlier, I appreciate that this was a limited series and I think it’s best to leave it as it is.

I used to think of the Western genre as being stuffy and outdated, but after this “Better Late than Never…goes west” blog series, I definitely don’t believe that anymore. “Godless” may be set in the past, but the storytelling feels fresh, new, and exciting. It takes risks and delves deeply into its characters, and I loved every minute of it.