Home 2017 in review: My five favorite movies of the year

2017 in review: My five favorite movies of the year 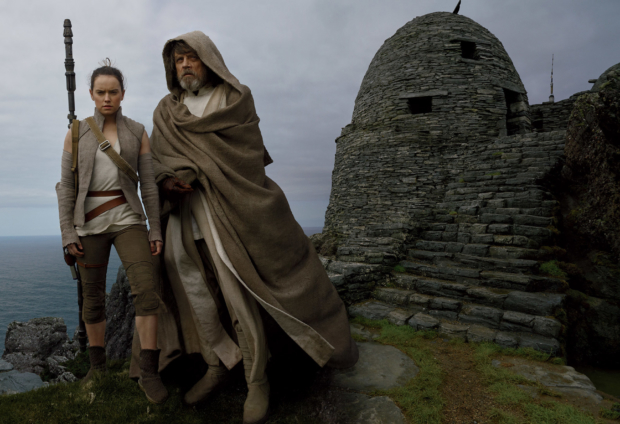 Another year is winding down at the box office, which means it’s time to take a look back and see what movies hit (or missed) the mark! Like always, there were some surprises and disappointments, with some films that lived up to the hype and some that fell short of their potential. Disney continues to rule the box office, with several mega-hits that included Marvel movies, a live-action “Beauty and the Beast,” and the latest chapter in the Star Wars franchise — although its Pirates of the Caribbean series appears to be losing steam.

All in all, I thought it was a pretty good year at the movies. For me, two of my most disappointing movies were unfortunately some that I was really looking forward to. Much has already been written about “Justice League,” and I won’t belabor the point. However, while the characters and acting/casting were great, the story just didn’t do these epic superheroes justice. And the more time that passes, the more I’ve simply forgotten about this film (similar to “Suicide Squad”). Which is just such a shame, because these characters all deserve another shot, even though the DC Cinematic Universe is on somewhat shaky ground now. My other disappointment was the Kingsman sequel, “The Golden Circle.” Although I did have fun watching it, it too has faded from my mind since I saw it. The first was such a wonderful, lovingly over-the-top delight, and it’s too bad the sequel couldn’t capture the same magic.

Still, there were plenty of movies that I loved this year, so without further ado, here are my top five films from 2017. It’s not necessarily what I think are the five *best* movies, but rather the ones that I most enjoyed. There are two notable absences: I still haven’t gotten a chance to see “The Disaster Artist” or “The Shape of Water” (which either haven’t come to my theater yet or came and went too quickly). I’ve heard great things about these two films, and they might end up earning a spot on my revised top five once I get a chance to see them.

Watching Christopher Nolan’s World War II thriller “Dunkirk” was probably the most visceral experience I’ve had in a movie theater this year. Perhaps Nolan’s tensest, tightest film, “Dunkirk” tells the true story of the risky evacuation of 300,000 Allied soldiers from the beaches of Dunkirk, France, as the Nazi army presses in around them. Interestingly, Nolan chooses to tell the story mostly through visuals, with minimal dialogue and separate, alternating timelines. That’s maybe why this ends up as an “honorable mention” rather than in the top five itself. It’s an excellent, powerful film, but it’s not a movie that I will watch over and over again. I feel this is a movie that’s best experienced once, on a screen as large as possible, so you feel like you are living the events as they happen.

I had to think long and hard about what movie to put in this spot. I knew it would be a Marvel film, but I wasn’t sure which one. While “Thor: Ragnarok” was a blast, it ultimately ranks in the lower half of Marvel movies for me; the humor undercuts several big moments and lessens their emotional impact by not taking them seriously enough. And even though I really loved “Spider-Man: Homecoming” and can’t wait to see Tom Holland as a continuing part of the Marvel Cinematic Universe, “Guardians Vol. 2” just barely has an advantage here. It is fair to say that yes, “Vol. 2” wasn’t as good as “Vol. 1.” Some of the surprise factor is gone, and the humor doesn’t feel *quite* as natural. The film also does split up the Guardians for a large portion of the film. Still, Kurt Russell makes for a great villain, and the Guardians franchise continues to do a good job of balancing the laughs with genuine emotional moments. Yondu emerges as the surprise breakout star of the movie, and his moments with Rocket were the highlight of the film for me.

2017 was a year of big budget blockbusters taking genuine risks, including the unconventional storytelling techniques in Christopher Nolan’s already-mentioned “Dunkirk” and the surprisingly polarizing “Star Wars: The Last Jedi.” The X-Men franchise also deserves praise for taking a risk with “Logan,” a film that, despite being about Wolverine, feels more like a Western than a superhero flick. This violent, gritty, R-rated take on Hugh Jackman’s iconic character provided a powerful yet poignant closing chapter for the superhero. The Academy Awards don’t usually single out superhero films for the bigger awards categories, but Jackman — and Patrick Stewart as a failing Professor Charles Xavier — deserve consideration for their performances. This isn’t a film that I’m going to end up watching dozens and dozens of times, just because it is so violent and bleak, but I’m very glad that it was made. Hopefully it opens the door for more superhero films like it in the future.

Every year, it seems like there’s always one film that comes out of nowhere to surprise me. This year, that film was “Blade Runner 2049.” I wasn’t particularly hyped about it but thought the trailers looked cool. However, I walked out of the theater completely blown away, and it was worth every penny I spent to see it in IMAX. It’s a gorgeously shot, sci-fi noir with thought-provoking themes that will linger with you long after you’ve watched it. Although the film is oftentimes bleak, it’s never hopeless. It reflects on what it means to be human, and how sometimes that humanity can be both inspiring and, in other cases, cruel. From what I understand, the film was a bit of a flop, at least domestically, and in retrospect I’m shocked that the studio greenlit a budget of $150 million. Still, none of that budget is wasted in this moving, lovingly-crafted film.

The merits of the DC Cinematic Universe so far (and its future) is an issue fans will continue to debate. However, most fans agreed on this summer’s “Wonder Woman,” the DCCU’s best movie so far and also one of my new favorite superhero movies overall. “Wonder Woman” was funny and exciting, with a star-making performance from Gal Gadot (who had already stolen all the scenes she appeared in during “Batman vs. Superman”). Told through the lens of World War I, the film took time to cover some deeper themes amidst the action sequences. Chris Pine also made a great sidekick as Steve Trevor. Ultimately, I might have structured the ending a little differently, but for me at least it didn’t take away from the power of the film. And one of my favorite scenes from a movie this year is still that moment Wonder Woman climbs up out of the trench into No Man’s Land — an act of courage, compassion, and strength that still gives me goosebumps every time I watch it.

I didn’t think picking a Star Wars movie as my favorite movie of the year would be a controversial choice, yet here we are. 😉 People have very strong feelings about “The Last Jedi”; I’ve heard some call it the best Star Wars movie since “The Empire Strikes Back” and others say it’s worse than the prequels. For me, it was a bold, exciting, risky film that wasn’t content to coast on nostalgia and pushed the franchise in an unexpected new direction. It touched on some deep themes for a sci-fi blockbuster — namely failure and letting go of the past — and gave us some satisfying character development that built on what we’d seen in “The Force Awakens” (a movie I absolutely love but admit was fairly “safe”). It looks at one of fans’ childhood legends — Luke Skywalker — in a challenging but meaningful way, arguably Mark Hamill’s best performance as the character. It also has two of my favorite moments that I’ve ever seen in a Star Wars movie (warning: spoilers incoming!) — first, when Kylo unexpectedly offs the supposed big-bad, Supreme Leader Snoke, and allies with Rey; that fight in the red throne room is an exhilarating payoff to the tension building earlier in the film. And second, when Luke rises above his pain and failure and becomes the legend we all knew him to be, facing down the First Order and his nephew and displaying a jaw-dropping new Force power. At the end of the film he stares into a twin sunset and becomes one with the Force, an emotional yet fitting end for a beloved character. Even though “The Last Jedi” divided some fans, I loved it. There are a few small things I would have changed, but overall I thought it was amazing. I can’t wait to see how Disney will (hopefully!) surprise us again with Episode IX.

So, what were your top five movies of the year? I’d love to hear them!