Home ‘Till the end of the line’: ‘Avengers: Endgame’ wraps up a decade of superhero storytelling

‘Till the end of the line’: ‘Avengers: Endgame’ wraps up a decade of superhero storytelling

Posted 10 months ago by Ashley Pauls 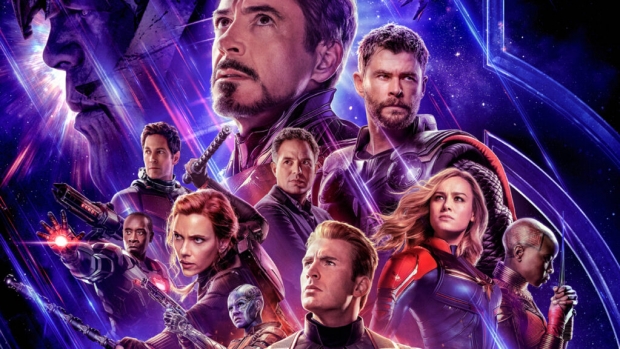 “This is not going to go the way you think…”

Remember that line from “The Last Jedi” trailer? Marvel fans were wise to keep those same words of warning in mind as they walked into the theater for “Avengers: Endgame.”

The culmination of approximately 10 years and 20 films, “Endgame” is the bittersweet and emotional conclusion to this stage of the Marvel Cinematic Universe.

I knew going in that the Avengers would have to pay a steep price to stop Thanos, and I thought I was prepared to say goodbye to some of these characters. Turns out, it was harder than I thought, and while the ending is satisfying, it’s definitely a gut-punch.

I’m not even going to attempt to write a regular review here, because literally anything I say would be a spoiler. And by this point, you’ve either A) already seen it; B) have made plans to see it; or C) this isn’t really your thing and you don’t plan to see it at all, which means that no review of mine is going to convince you of anything.

These are some of my VERY spoiler-filled thoughts on the film, so final warning if you haven’t seen this movie yet and don’t want to have the twists ruined for you — stop reading now!

WARNING: Literally SO MANY spoilers ahead

All right, if you’re still with me, that means you’ve (hopefully) already seen “Endgame” and we can all commiserate together.

I don’t quite know how to review a movie like this. It’s weird to think that this has all been building since a little movie called “Iron Man” in 2008. I don’t think anyone back then guessed that the end to this story arc would gross $350 million in ONE weekend — and that’s just domestically. It’s a cinematic event film that people needed to see on opening weekend.

I’m sure that in the days and weeks to come, plenty of bloggers will be breaking down the story and all the plot’s twists and turns. I know that if I sat down and started picking apart the details, I’d uncover a few plot holes or inconsistencies in regards to the time travel stuff.

But in the end, what this movie comes down to is the characters, and it’s a fitting end for these superheroes that we’ve come to love over the past decade.

While one could argue that they maybe could have shaved 15-20 minutes off the film to bring its runtime below three hours, none of the time feels wasted to me. We get lots of little character moments, which are all the more meaningful since this is probably the last time we’ll be seeing many of these characters.

“Endgame” has some surprisingly funny moments, despite its more serious tone overall. This helps to break the tension, and also shows how many times, these troubled characters use humor as a coping mechanism.

I was surprised by how quickly the Avengers killed Thanos in the opening minutes — a twist that serves to throw the audience off balance. I had a lot of theories about “Endgame” and really only one of them came true (Falcon taking on the mantle of Captain America, which I’m really excited about).

This twist also provided a good set-up for the main plot of the film, a so-called “time heist” to steal the Infinity Stones from previous points in the timeline and then use them to undo Thanos’ snap. As I mentioned earlier, the “wibbly-wobbly, timey-wimey” stuff may have more than a few holes in it if you look closely, but I loved the scenes themselves and seeing the Avengers revisit important moments from their past. It reminds the audience of how much these characters have experienced — and how much they’ve grown.

I appreciated the movie’s slow burn set-up, which culminated in a truly epic final battle that brings together all the characters for one last stand against Thanos. It also contains one of my favorite moments in the entire MCU — when Cap calls Thor’s hammer, Mjolnir, to his hand, proving himself worthy. That moment earned cheers both times I watched this movie in the theater over the weekend.

I wish I had time and space to talk about each character’s journey in this film in depth, but I’m going to highlight the characters that I believe are the two greatest Avengers, and whose stories are the main drivers of this film: Iron Man and Captain America.

For the past year, I’ve been saying that in order for “Endgame” to make an emotional impact, at least one major character needed to die. Thanos is THE “big bad” of the MCU, and if he’s defeated too easily, it undercuts the dramatic impact of “Infinity War” and, truthfully, the entire MCU.

However, I wasn’t expecting Iron Man and Black Widow to be the two major characters to die. Especially with the long-rumored Black Widow spin-off film (which I hope is still happening, as a prequel), Black Widow’s death came as a shock. The scene where she and Hawkeye are fighting over which one of them is going to make the sacrifice is tough to watch, but highlights the strong bond between their characters. It’s a bond I wish had been explored even more in the preceding films.

I really thought that Tony was going to end this movie by retiring and serving in a mentor role, popping up in cameos every now and then. As I’ve mentioned before, Iron Man is my favorite Avenger and one of my all-time favorite film characters, actually. Seeing him die upset me far more than I was prepared for, but I think that in the end, I’ll come around to accepting the story’s conclusion.

Iron Man started the MCU, and even though I didn’t want him to die, I appreciate that the film gave him a powerful final scene, letting Tony be the one who finally stopped Thanos and saved the universe. I could spend another whole blog post going over his character journey throughout the MCU (actually, I did!), but I have loved seeing his redemption arc and watching him grow from a selfish, spoiled playboy into the galaxy’s greatest hero. I would love for a future film to feature his daughter carrying on his legacy and wearing one of the Iron Man suits.

I was expecting Captain America to die in this film, but I really loved the ending they gave his character. After all he’s been through, he deserves to lay down the shield. And the scene where he finally gets that dance with Peggy Carter was a beautiful, poignant ending to his story. Does it break all kinds of time travel rules? Yeah, probably. But emotionally, it just feels *right.*

In short, there are places to be picky with this film. There’s the confusing timeline stuff, and I’ve heard debates about Thor and Hulk’s character arcs. I’ll be curious to see how the CGI ages. But Tony and Cap’s storyline was a home run, at least for me, and reminds us how much the MCU owes Robert Downey Jr. and Chris Evans.

It’s possible we’ll never see another film series quite like this one, and I don’t know what the future of the MCU will look like from here. But I’ve really enjoyed this journey, and it’s meant so much to me as a geek. Thanks for the memories, MCU!