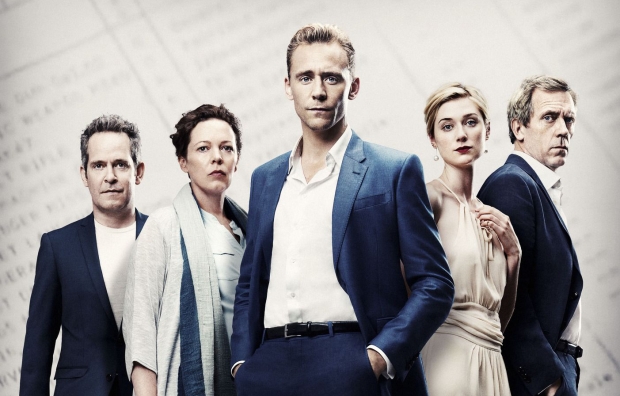 Fans have long been speculating over who will become the next James Bond when Daniel Craig retires from the role.

Marvel Cinematic Universe star Tom Hiddleston is often mentioned as one of the possibilities, but whether or not he actually gets the job, you can get a taste of what a Hiddleston “Bond” would be like in the stylish BBC/AMC miniseries “The Night Manager” (2016).

Based on a novel by John le Carré, this series follows the rise of an unlikely spy named Jonathan Pine (Tom Hiddleston). Pine works as the night manager of a fancy hotel in Cairo, Egypt. He falls in love with a mysterious woman who is staying at the hotel, and after he witnesses a shocking crime, he agrees to help a British intelligence officer named Angela Burr (Olivia Colman) track down the man behind that crime: powerful arms dealer Richard Roper (Hugh Laurie).

Burr helps Pine infiltrate Roper’s inner circle and gain the other man’s trust. Roper is undeniably evil — illegally selling weapons that could destroy thousands or even millions of lives — but he’s also clever and charming. Will Pine be able to maintain his cover and bring Roper to justice, or will Roper’s world of lavish wealth and luxury prove to be too seductive, turning Pine to the dark side?

I remember hearing about “The Night Manager” when it premiered several years ago, but I never got a chance to watch it. Then earlier this year, I was able to pick up a used DVD copy of this miniseries at a library surplus sale for $1. Finding a DVD set for that cheap and in such good condition seemed too good to be true, so I figured it would be worth $1 to check this show out.

However, I put off watching “The Night Manager” for a while because I haven’t been in the mood to watch a lot of serious stuff during the COVID-19 quarantine. But I’m finally feeling a little more like my old self, and I’m ready to dive into some heavier movies/TV series that I’ve been wanting to catch up on. 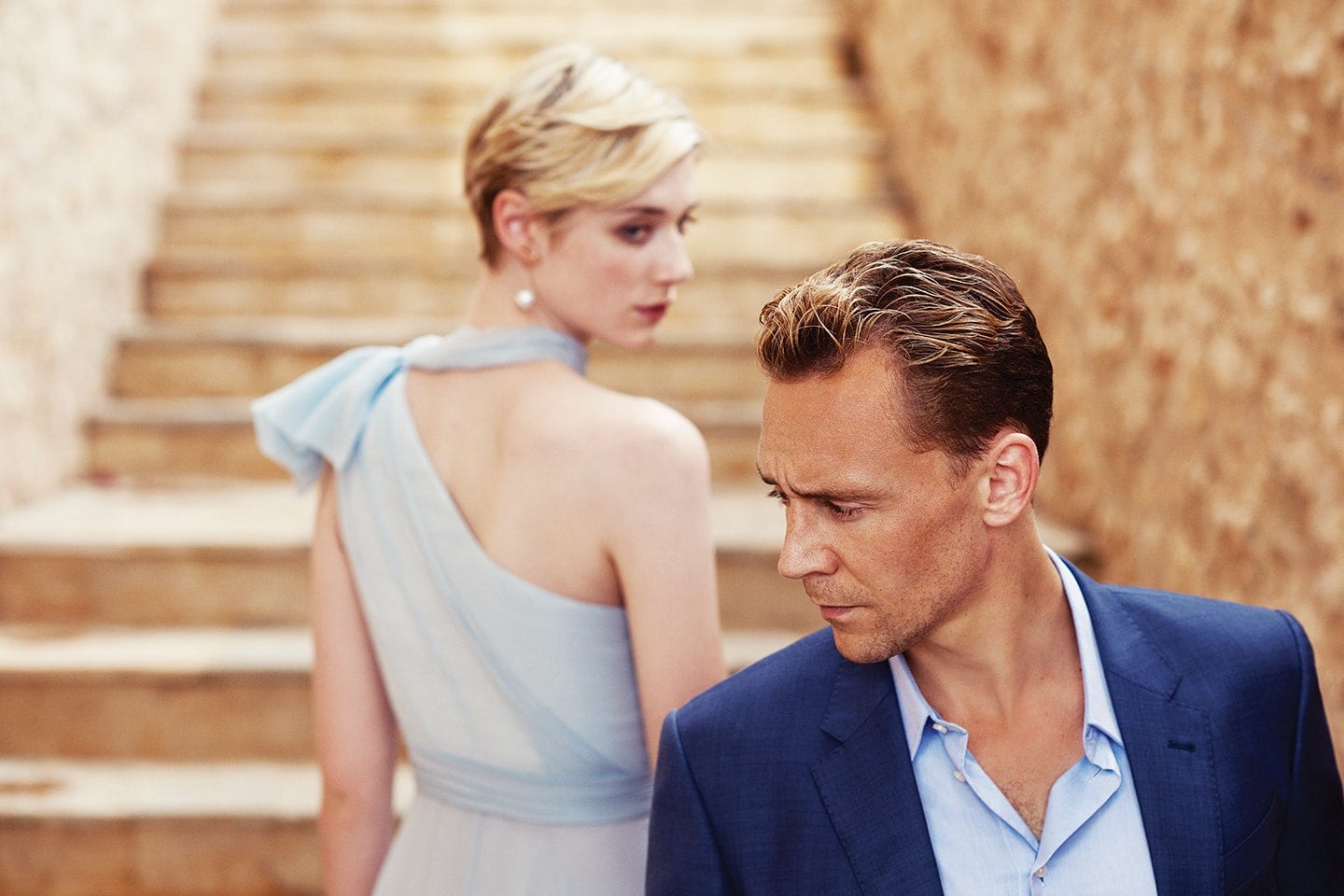 “The Night Manager” is not necessarily an action-packed series, but don’t be fooled by that description. This miniseries is one of the tensest, most thrilling shows I’ve watched in a while.

I really, really wish the entertainment industry would do more miniseries like “The Night Manager,” which is just six episodes. This format gives you more time to delve into a complex story that might not work as well on film, yet doesn’t drag on and on like some TV shows do. I don’t watch a lot of TV for this reason; I don’t like the time commitment of starting a new show that may end up going on for 12 seasons, stretching the story far beyond what it should be. A miniseries occupies that happy medium between film and TV, and with “The Night Manager” you’re even getting film-quality cinematography.

Tom Hiddleston is probably best known as Loki from the MCU, and while “Jonathan Pine” is a much more understated character, Hiddleston is just as good here. Pine’s background as a hotel manager actually comes in handy as a spy, as he’s already learned how to make a good first impression.

Hugh Laurie as Richard Roper proves to be a terrifying foil. He’s not an over-the-top, mustache-twirling villain who laughs maniacally when he successfully pulls off his big plan. Rather, he’s a ruthless businessman whose cruelty is revealed through brief flashes when he loses control of that charming facade. You’re never quite sure if he fully trusts Pine, and the slowly-building tension never lets the viewer relax.

While Pine is obviously the main character, I really enjoyed how much the show also focused on Olivia Colman’s character, intelligence officer Angela Burr. On the surface, Burr’s job doesn’t seem as exciting as Pine’s. She does much of her work behind a desk or a phone. However, she plays an incredibly important role in bringing down Roper’s operation, gathering intelligence behind the scenes and helping Pine connect all the pieces. Espionage isn’t always about going undercover in fancy casinos in exotic locations (which is the type of spy work that’s often portrayed in films). 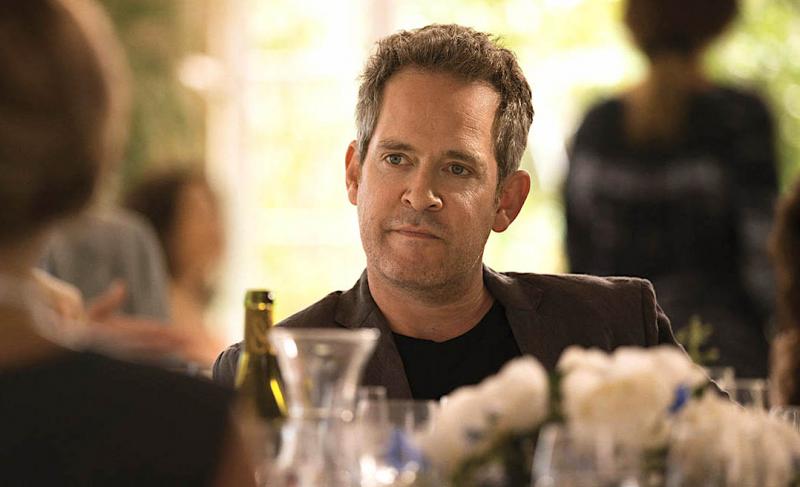 “The Night Manager” has a fantastic supporting cast, including Tom Hollander as one of Roper’s lackeys and Elizabeth Debicki as Roper’s significant other. I feel like Hollander’s work isn’t always appreciated as much as it should be (some of my favorite appearances of his are “Pride and Prejudice” and the Pirates of the Caribbean sequels). In “The Night Manager,” he sees through Pine’s performance, and proves to be one of the biggest threats to Pine’s undercover operation.

When you first meet Elizabeth Debicki’s Jemima “Jed” Marshall, you assume Jed is a shallow socialite, who benefits from Roper’s lavish lifestyle and doesn’t care how he gets his money. Of course, there are deeper layers to Jed’s character, and things get…well…interesting between her and Pine.

If you love James Bond style spy thrillers or British miniseries, I highly recommend “The Night Manager.” I’m really thankful I was able to add it to my home video collection for just $1 (and it’s the type of series that’s so good I’ll definitely want to watch it again). It’s worth hunting down a copy.