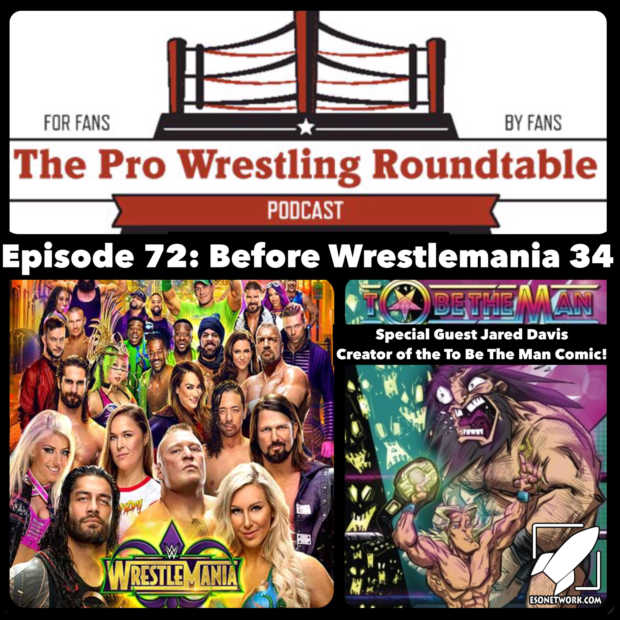 It’s that time of year folks, the biggest weekend of the year for wrestling fans! Wrestlemania is here for the 34th time & is set up to be a big show with the wrestling debut of Rhonda Rousey, Daniel Bryan returns to the ring after a three year hiatus, & Roman Reigns may just be the champ at the end of the night. It’s a full roundtable with John, Richard, and Jonathan being joined by friends of the show, Chris DePetrillo, Jeff Yelton, and Ray Garner. There is a lot to talk about so listen in on their discussion.

Before that though, Richard had the chance to interview Jared Davis from the comic book To Be The Man which is a fun wrestling comic book available in print & kindle! Jared is a long time wrestling fan and it shows in his comic and in his talk with Richard.