The Pro Wrestling Roundtable Episode 71 – The State Of Wrestling 2018 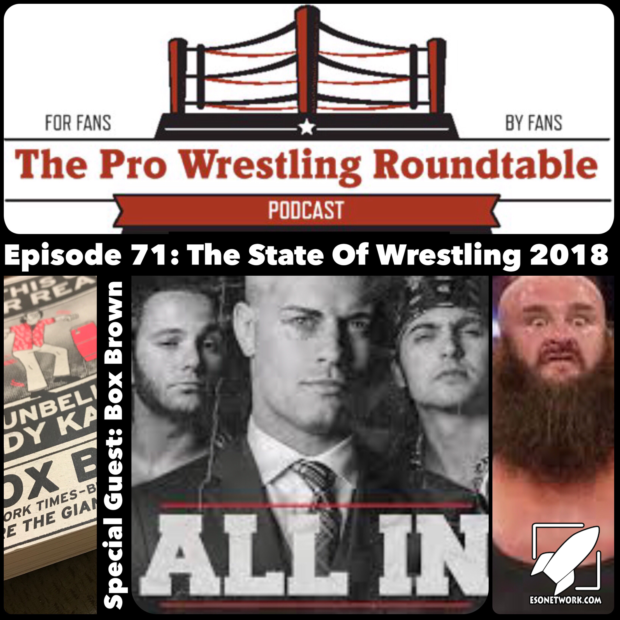 It is the annual tradition around this time to have a discussion of the State Of Wrestling! So, John, Richard, & Jerry join around the roundtable to discussion the latest and current happenings going on in the wrestling world. The WWE naming the Women’s Battle Royal after Moolah is certain a hot topic that we could not, not talk about so th​e fellas weigh in on the latest controversy. The Young Bucks & Cody are bringing us All In which is going to be a huge event in more ways than one in the wrestling world this year. And Braun Strowman is one of the best things going around in WWE so we have to talk about THESE HANDS!

Jonathan Williams was unable to be with us on the show but he was able to land us an amazing guest with the new york times best selling author Box Brown who is behind the Andre The Giant book Life & Legend and is now promoting his newly released book about Andy Kaufman called “Is This Guy For Real-The Unbelievable Andy Kaufman”. Box Brown gives us insight into why he chose those as the subjects and much more!