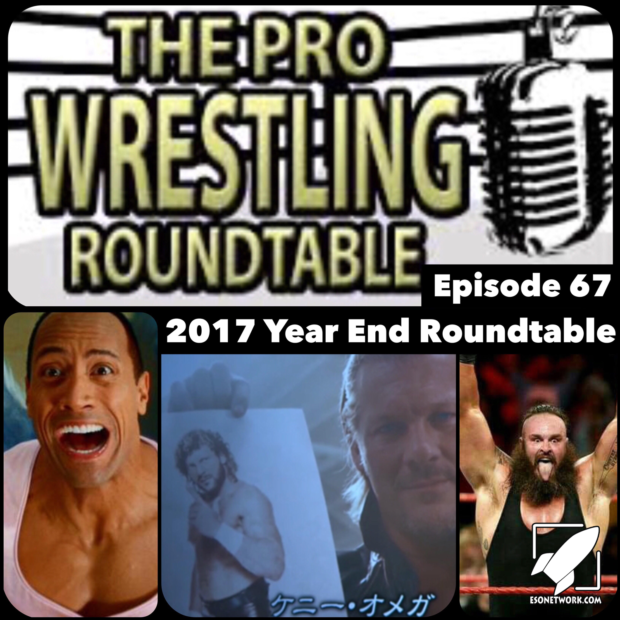 It’s the final episode of 2017 for The Pro Wrestling Roundtable & John, Richard and Jonathan discuss things that happened in the wrestling world & their podcasting world. Before they​ get into their discussion, John reads a list of wrestlers that passed away this year and ring the ten bell salute. Afterwards they discuss some of the ones that have passed and what it means to the wrestling world.

Then for the main show, we shoot the breeze (but not the Tyler one) sort of speak and talk all things wrestling in 2017. Somehow the fellas also veer off into la la land as they talk about The Rock’s movie career and where Jonathan has been the past few episodes. Its a great episode to end the year and our pal Joe Crowe even has an amazing send off at the end of the show with new characters to join Dusty & Friends!