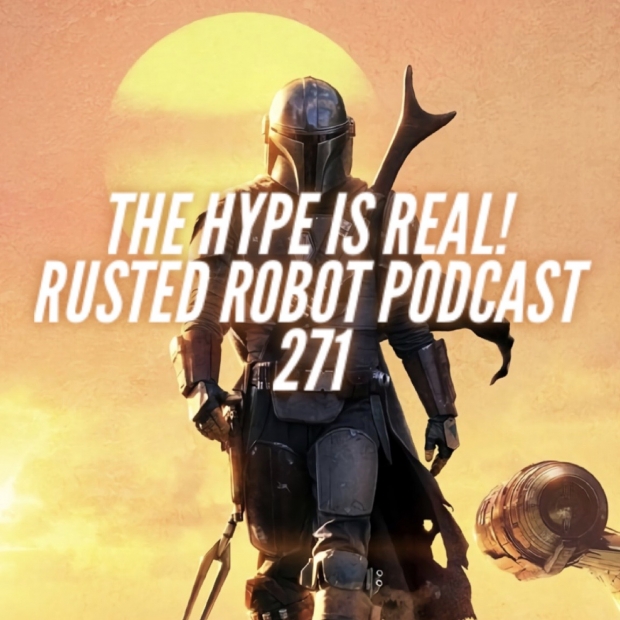 The hype is real when it comes to The Mandalorian. Both Josh and Shawn have seen all the episodes that have been released. Shawn was late to the party but now he has jumped on board the baby Yoda bandwagon. An engaging discussion follows in which the hosts debate the merits of the show, and the controversy surrounding baby Yoda and Rey.

A Beautiful Day in the Neighborhood movie review. While the film is pretty decent, it is not what you would expect based on the trailers. Tom Hanks does a good job portraying Fred Rogers, but he never transcends the role.

The Boys releases the first teaser trailer for season 2. It looks like a great deal of fun. There will be drinking and blood, and fighting and chases.

No Time To Die is the latest film in the Bond series. This could be Daniel Craig’s last outing as Bond. The trailer is not very coherent.

Black Widow is coming to theatres in the Spring. Looks to be a passable film for the Marvel Cinematic Universe. Will it be good? Have to wait and see.

The Watchmen is on HBO. Josh has seen it. He is not sure what he is supposed to take from these first few episodes.

Planet of the Apes may be coming back to theatres. Now that Disney has acquired 20th Century Fox, they want to start using the properties. Will it be a continuation or a reboot? No one is saying.

Viacom and CBS finalize their merger. All the Star Trek properties are under one roof again. It’s exciting.