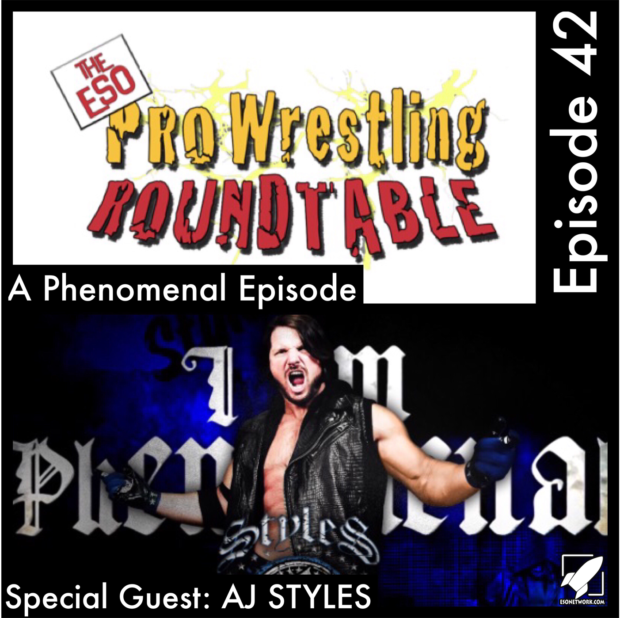 Here it is ladies and gentlemen. The interview of all interviews. It is our gift to you for being a listener of ESO PRO. That’s right, we have the one, the only, the phenomenal one AJ Styles! The WWE Champ joins John and Richard as they talk about his recent success in WWE and the upcoming Live event in Atlanta, Georgia on December 29, 2016. Also, find out about the transition that was made in his wrestling style when he made the leap to WWE, his thoughts on who he would like to face at Wrestlemania and much more!

Also, John and Richard have a discussion about AJ’s successful year with his debut in this year’s Royal Rumble to his WWE title run. Jonathan had other obligations and was sadly unable to join us but make no bones about it, he is our Interview Guru and set this interview up for us. As successful as 2016 has been for ESO PRO, we can’t wait for another year of talking about good ole professional wrestling!

The ESO PRO CREW wants to hear from YOU! Email us @ esopropodcast@gmail.com with your thoughts, opinions or questions! We are now on twitter so follow us @esopropodcast to get news and updates!