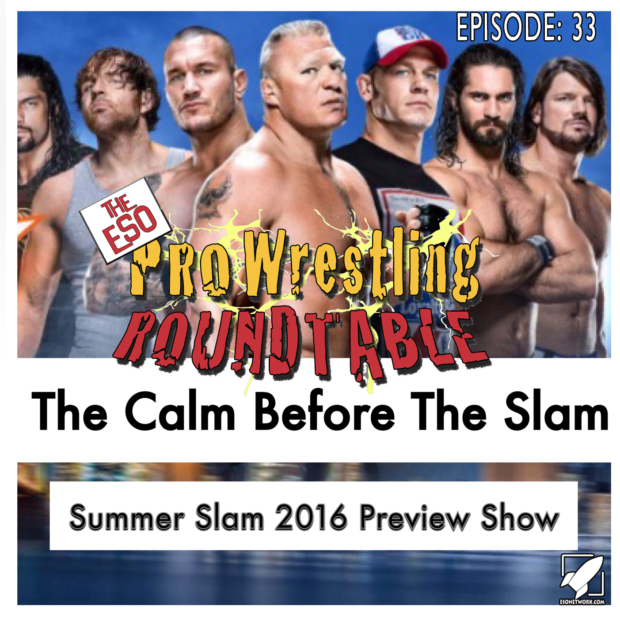 Join John, Richard, & Jonathan as they preview one of the best wrestling shows of the summer, Summerslam! As Brock Lesnar goes to Viperville and Randy Orton takes a trip to Suplex City this matchup has been building since it’s announcement! Will an RKO come out of nowhere or will the F5 take the viper down. Seth Rollins finally gets his chance to face the Demon King Finn Balor to crown the new Universal Champion of RAW! Enzo and Big Cass get their shot at Jeri-KO, the unlikely tag team of Chris Jericho and Kevin Owens. Roman Reigns tries to get back a title against Rusev as he tries to capture the U.S. Title from the Bulgarian Brute. Smackdown has some big matches coming up as well as Dean Ambrose takes on Dolph Ziggler. While John Cena takes on A.J. Styles with or without The Club by his side. There are many more matches that the guys discuss to get hyped for the show of the summer!

www.wrestlingwithpopculture.com‘s Jonathan Williams and the guys talk to wrestler C.B. Suave who will be at Dragon Con’s DCW and is a part of P Dog’s Get Along Gang in ROH. C.B. also gives the guys a run for their money with his very own version of Name That Wrestler!
Everybody’s favorite game show continues! That’s right, the third edition of Name That Wrestler is back and ready to challenge the contestants.

This was also a unique show for ESO PRO as the guys discuss what exactly the special occasion is and the ins and outs of how they got here.

Be a part of the show and interact with the crew on the facebook group @ http://www.facebook.com/groups/esopro or email us at esopodcast@gmail.com or you can even give us a call @ (404) 963-9057 and give us feedback. How do we know if we are doing it right or wrong if you don’t tell us?