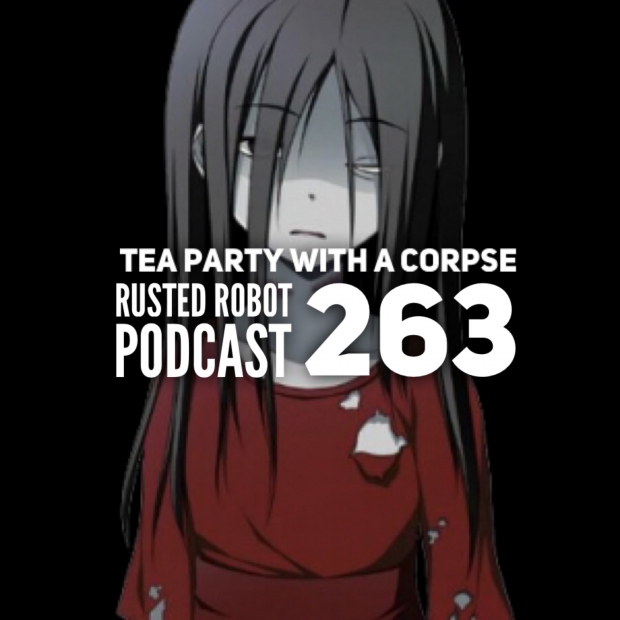 Star Trek, Star Wars, Anime, Reboots, Spinoffs and more! Find out how you can have a Tea Party With A Corpse!

New York Comic Con released all the trailers last weekend. This weekend we have some serious discussions about these trailers.

Star Trek Picard – this trailer gave us the feels. We break down certain aspects that leave us with some serious questions.

Star Trek Discovery – a quick trailer for season 3 with some fascinating ideas. Josh hates it. Shawn loves it. What is actually happening? This is where Josh has his Tea Party With A Corpse!

Lost in Space – a perplexing trailer for season 2. We have no idea as to the story. All we know is that Will is looking for his robot.

Star Trek Short Treks are back.

Batwoman premiered last weekend. It was mediocre at best, but more viewing is required for a better opinion.

Anime news from Josh. He watched the first episodes of No Gun Life, and Welcome to Demon School.

Wedge Antilles to return in Star Wars The Rise of Skywalker.

Animaniacs original voice cast to return for the reboot in 2020 on Hulu.

John Wick – the franchise is getting a female-centric spinoff with the upcoming film Ballerina.

Harley Quinn is featured in the new trailer for Birds of Prey. It looks difficult to watch.

David Harbour wants to reboot and star in a remake of Con Air.

Fright Night was the film of the week at the most recent Night Terrors Film Fest showing here in Timmins.