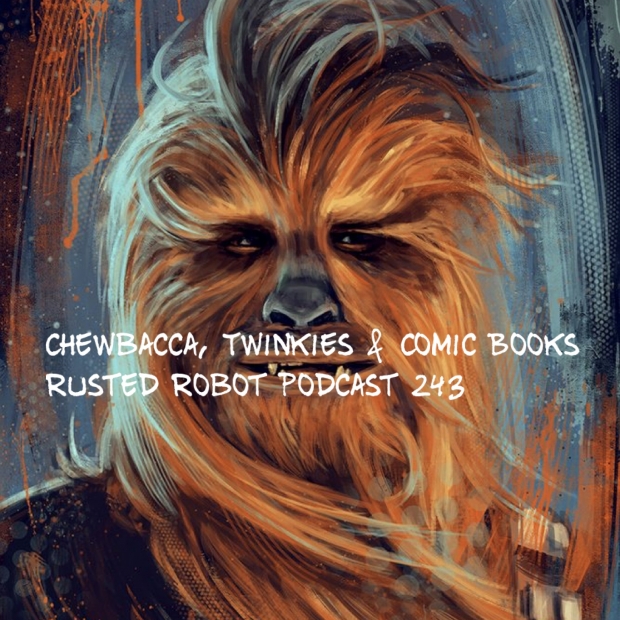 What do Chewbacca, twinkies and comic books all have in common? They feature heavily in this week’s episode of the Rusted Robot Podcast.

We lost Chewbacca, but we got free comic books. It’s not an even trade, but you have to find the good where you can.

Star Wars Day and Free Comic Book Day were both held on May 4th and we have the info, the details and the excitement.

TV Stuff: talking about the season 2 finale of The Orville which resulted in quite the discussion about robots such as Cylons, the Kaylon, the Borg, Cybermen and Daleks. Game of Thrones is in the middle of season 8 and we touch on this briefly as neither host has watched it yet. Naturally we discuss many aspects of Star Trek including several of the movies, in addition to the various television series. We also wrap up season 8 of Voltron and we decide that giant fighting robots are awesome.

Captain Picard Facepalm Bust. New from ThinkGeek. This thing looks amazing and we nearly order one during the episode.

Josh has seen Avengers Endgame and gives us a spoiler-free review and reveals his surprising rivet rating for the film. Shawn watched Prospect on Netflix. We played the trailer about a month ago and our review is here.

Sonic The Hedgehog trailer. We talk about the timing of the film and the controversy regarding the rendering of the character.

We finish off with a fun discussion regarding the upcoming Dora the Explorer movie. We have some concerns about Dora’s mental health.

Leaving a 5 star review in your chosen podcast app would also be very much appreciated.