Home Rusted Robot 233: Won’t You Be My Neighbor? 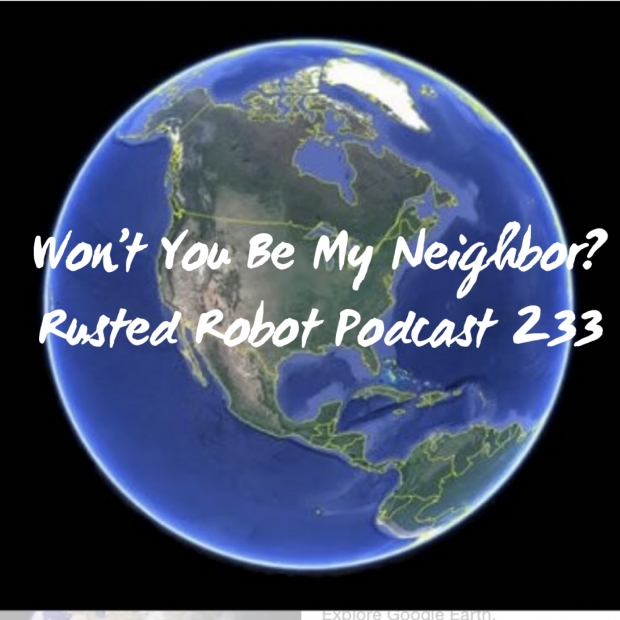 We are all geeks here, and we are asking, won’t you be my neighbor? This week’s episode is dedicated to one of our own, as we lost Dan Levitt, a fellow podcaster.

The Punisher – series wrap up and thoughts,

Won’t You Be My Neighbor? – review of the documentary and thoughts on the life of Fred Rogers,

Climate change and the ecology are real concerns. Elon Musk releases all of Tesla’s patents to the world. A company out of Australia is developing a solar paint for renewable fuel. Giraffes are on the endangered species list.

Child’s Play is getting the remake treatment and we have some thoughts on that.

Pet Sematary is also getting a remake this year. We discuss this news.

Batman 1989. Shawn introduced the film to his son. What happens when you re-watch a beloved film so many years later?

Avengers Endgame. With a 3 hour run time, we may see the return of the intermission.

Danai Gurira to leave The Walking Dead in season 10.

Hasbro and Transformers. More films are coming to the franchise.