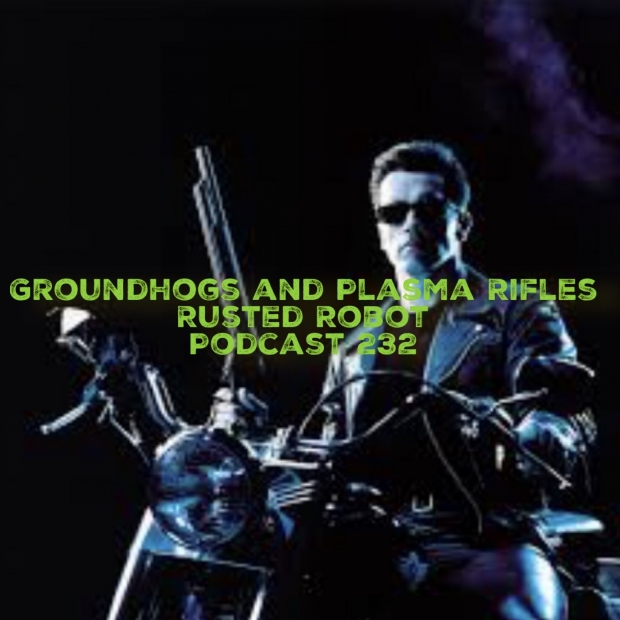 We return with all the latest in geeky goodness. We have RPGs, groundhogs, plasma rifles, robots, ghosts, dragons, movies, food and more!

Star Trek Discovery – we’re talking about the new Command Training Program t-shirts, the greatness of Captain Pike, and a speculation as for the difference in the uniforms on the various ships. As always, there is some talk of The Orville.

Robocop Returns. One of the greatest movies of the 1980s is getting a direct sequel. Directed by Neill Blomkamp, this film will ignore all others in the franchise.

Among The Shadows trailer. Lindsay Lohan returns to the silver screen in a horrible looking werewolf movie.

The Twilight Zone – it’s coming to CBS All Access and we have the release date.

Battletech RPG – Josh fills us in on his new strategy game.

Ghostbusters. There’s a new movie coming and naturally there is drama surrounding it.

Ben Affleck is out as the Batman, and we talk about Groundhog Day.

Klingon Assault Group had a gathering and a feast in Toronto. Shawn tells the tale.

What we’ve been watching: The Dragon Prince, The Rain, Psychokinesis, Get Out.