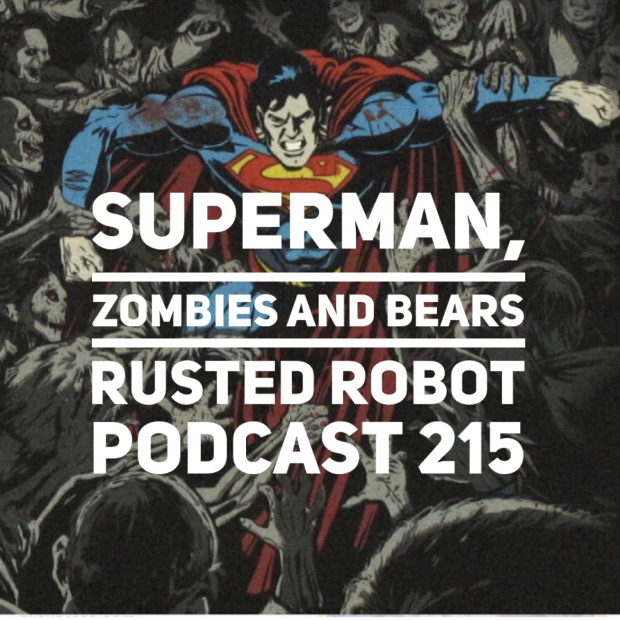 The Rusted Robot Podcast has Superman on the brain for this week’s show! As such, we are ranking all of the Supermen actors and we are attempting to survive the Zombie hordes! Do you live in a country best suited to survival? Listen to the episode to find out where your country ranked in survival.

Bears? What is this thing about bears? Shawn had an encounter with a wild bear this week and he’s here to tell you all about it. Then of course, we have some Netflix news and round-up and we talk about the Archie comics extended universe.

The show was live on location at the local comic shop for this recording, and we have a few new people featured on the episode. This may be our most unusual and unique show. Below is the list of highlights from the episode. Why not rate and review us on your chosen podcatcher?!?

Chilling Adventures of Sabrina – new Netflix trailer,
Iron Fist season 2 and Star Trek references,
Zombie Apocalypse survival ranking by country,
The Superman ranking discussion – who did we think was the best Superman actor?,
Swamp Thing television series casting,
Kate Beckinsale and the Underworld movie franchise,
Stranger Things comic books,
Overpopulation and dome living,
Spoilers and watching tv shows together as a couple is not easy,
Bears in our town – so much talk about bears,
Jump City Comics and Collectibles