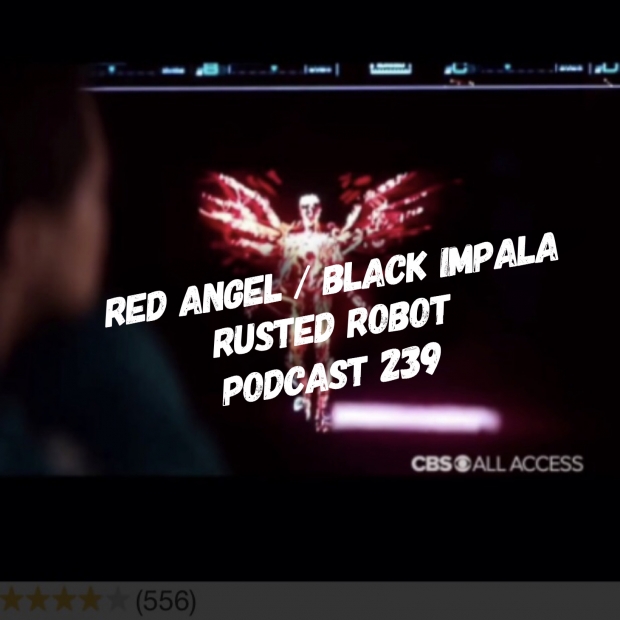 The Red Angel, the Black Impala and third installments! Everything is coming up in 3s!

Bill and Ted Face The Music. We are finally getting the 3rd film in the franchise, and it’s coming in 2020.
Star Trek Discovery reveals the identity of the Red Angel. They faked us out and turned a crappy concept into something amazing. Karen talks about her guest spot on the Women episode of DiscoTrek.
Supernatural is ending its run after its 15th season. Shawn learns about the series and the importance of the black Impala.
Lucifer. Great TV series with humour. Shawn has just discovered it on Netflix.
The Disney / Fox merger is finally complete in a deal worth $71.3 Billion. This doesn’t mean too much other than massive layoffs for the moment. But the good news is that Ryan Reynolds will likely get to continue playing Deadpool while all the other X-Men characters will be re-cast.
Sliders may be going through a potential series revival according to star John Rhys-Davies. This leads us into a cool discussion about parallel dimensions.
Stranger Things season 3. The trailer has been dropped and we are looking forward to this season which debuts on July 4.
John Wick 3: Parabellum. The newest trailer for the 3 installment of the franchise looks violent. We can’t wait to see what John Wick gets up to next. All because they killed his puppy.
Once Upon A Time In Hollywood. The 9th film from Quentin Tarantino gets a trailer and it looks like a lot of insane fun. May be a definite theatre watch.
Chugga debate. It’s all over the internet. People want to know how many ‘chuggas’ before the ‘choochoo’
Die Hard: The Nakatomi Heist Board Game. Looks like fun, and you get to play as John McClane and try to save the hostages.