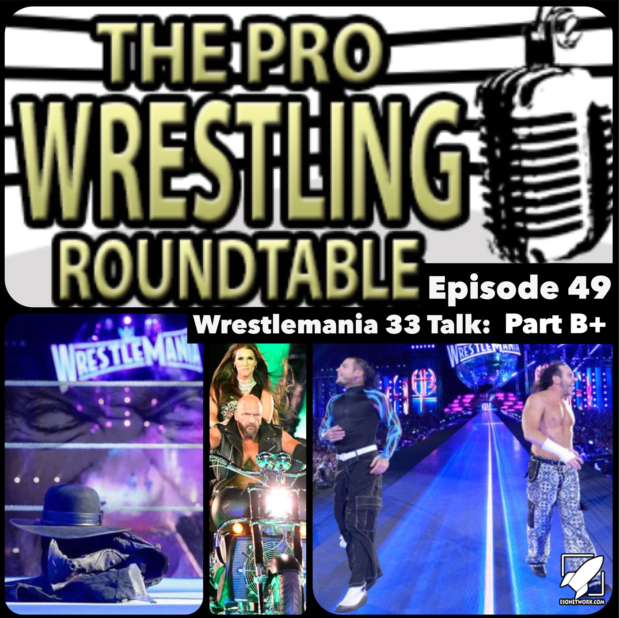 Finally, Part B+ of our Wrestlemania 33 Extravaganza Coverage! This time John, Richard, and www.wrestlingwithpopculture.com’s Jonathan Williams are joined with Earth Station One’s “Howdy” Mike Gordan, and a friend of John’s from across the pond, David Wharton. They talk all things Wrestlemania including Beach-Ball-Mania & even a wave on Monday Night Raw the night after. Lots of things to discuss including technical problems with the WWE Network, to Undertaker’s last match. With a ton of entertainment in between all that, Wrestlemania may not have been perfect but many feel it was an improvement over last year. Wrestmania Weekend is just a mecca of wrestling with many indy feds going to orlando to wrestling cons to the hall of fame, and also includes two big shows of NXT & ROH. We talk about it all, so join us in the fun!