Home Movie review: Was ‘Incredibles 2’ worth the wait?

Movie review: Was ‘Incredibles 2’ worth the wait? 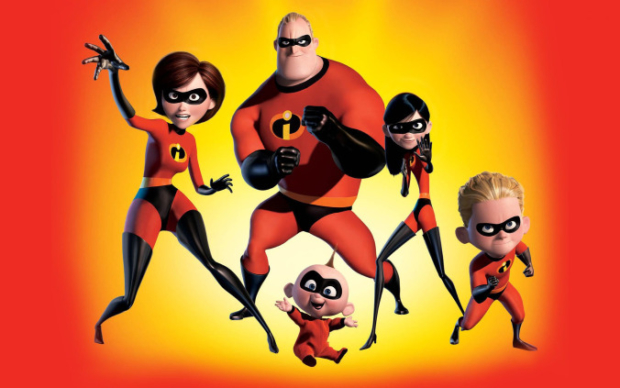 It’s been 14 years since the first “Incredibles” movie premiered in theaters, and it’s amazing to see how much the superhero genre has changed during that time. The original “Incredibles” came out a year before Christopher Nolan’s groundbreaking Dark Knight trilogy and four years before the very first Marvel Cinematic Universe film, “Iron Man.” I don’t think anybody buying a ticket for “The Incredibles” back in 2004 imagined that by the time we finally got a sequel in 2018, we’d also be watching the epic superhero mashup “Infinity War.” So, how does the Incredibles franchise hold up after all these changes and all this time?

The original Incredibles movie introduced us to the Parr family, who were trying to live under the radar after superheroes had been made illegal. Despite their best efforts to live a “normal” life, parents Bob and Helen find themselves pulled back into the superhero business, except this time they also take their super-powered kids with them.

The sequel picks up right where the first film left off, with the Parr family jumping into action to stop a super villain with a giant drill, named the Underminer. Unfortunately, their attempt to save the day is a bit…well…messy, and isn’t exactly a PR win for the campaign to bring back superheroes. However, a wealthy benefactor named Winston Deavor offers to help superheroes like the Parrs become legal again by demonstrating to the public how great superheroes are. He picks Helen (a.k.a. Elastigirl) to be the poster child of these efforts. Of course, a new super villain arrives to foil their plans — the mysterious Screenslaver, who hypnotizes people using video screens.

Before I say anything else, I have to emphasize that “Incredibles 2” is a fun movie. It’s a good movie to take the kids to on a hot summer afternoon (and adults too, of course!) Although it seems like there are fewer films geared towards kids these days, at least in theaters, there’s clearly still a demand for this type of family film. “Incredibles 2” premiered to an amazing $180 million this past weekend — that’s a huge number, and a nice boost for Disney after the underperformance of “Solo.”

Still, I also have to say that at least for me, the sequel didn’t feel quite as fresh or exciting as the original. Maybe that’s a symptom of the 14-year gap between the two films, or the fact that so much has changed within the superhero genre in that time. Plus, sometimes it’s just tough to recapture the same magic in a sequel, because this time the concept isn’t a surprise.

The original “Incredibles” is such a good film, blending retro aesthetics, a fantastic soundtrack, and interesting family dynamics into this perfect cocktail of fun and adventure. For whatever reason, the plot of the sequel didn’t engage me as much, even though I still had fun watching the movie. I also thought the villain wasn’t as interesting this time; it’s hard to beat Syndrome, who was fascinating because Mr. Incredible inadvertently creates his own villain. The reveal of the Screenslaver’s true identity didn’t really come as a shock, and I thought it was interesting how much monologue-ing this villain did, since they made a joke about villain monologue-ing in the original.

However, let’s move on to the positive. Baby Jack-Jack was, hands down, the best part of the movie for me. Watching him discover his powers (and subsequently terrify his poor family) was absolutely hilarious. I loved superhero suit designer Edna Mode’s reappearance (she and Jack-Jack absolutely deserve a spin-off short). And I enjoyed seeing how the Parr family continues to love and support each other, even though they hit a few road bumps. The interactions between the family members provide both the film’s best comedic moments and its heart.

In short, I enjoyed watching “Incredibles 2” and thought it was a fun way to spend a Sunday afternoon. If you were a fan of the first, definitely go see the sequel. However, for me it didn’t *quite* live up to the original, and I left the theater wishing for just a little bit more than it ended up delivering.