Home Movie review: ‘Once Upon a Time in Hollywood’ returns to Tinseltown’s golden age

Movie review: ‘Once Upon a Time in Hollywood’ returns to Tinseltown’s golden age

Posted 12 months ago by Ashley Pauls 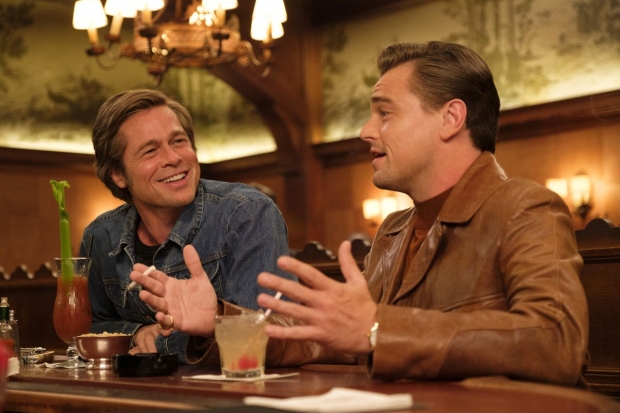 Up until about five years ago, I’d never seen a Quentin Tarantino film. Other films fans would lovingly give me grief about this, and so I finally decided to sit down and watch one.

I popped his first movie — “Reservoir Dogs” — into my DVD player and then hit “play,” not really sure what to expect. As a film, it was often violent and disturbing, and after I finished, my first thought was that I kinda hated it.

However, I kept mulling it over, and the film slowly grew on me, and I ultimately decided it was a masterpiece. And I’ve been a fan of Quentin Tarantino ever since.

Tarantino is one of Hollywood’s most distinctive directors. If you’re watching a Tarantino film, you know it’s a Tarantino film. While his films cover wildly different settings — a heist, a revisionist Western, World War II, and so on — they all share a certain style that is unmistakably Tarantino’s.

My favorite Tarantino film is probably “Django Unchained” (though it definitely could have been edited down to a shorter runtime). I’m not sure where his latest — “Once Upon a Time in Hollywood” — will ultimately rank, but like most Tarantino films, I need a little time to mull it over.

Set in late 1960s Hollywood, the film centers on two friends: actor Rick Dalton (Leonardo DiCaprio), whose starpower is fading, and easygoing stuntman Cliff Booth (Brad Pitt). While Booth seems fairly content with whatever life sends his way, Dalton fears for the future of his career, which he knows is languishing. As he gets progressively less meaningful roles, he fears his legacy will come to nothing.

Simultaneously, the film shows us anecdotes from the life of Sharon Tate, Dalton’s neighbor. While Dalton is fictional, Tate is a real actress, who was cruelly murdered by members of the Manson family cult in 1969.

Drenched in style and sun, “Once Upon a Time in Hollywood” is both a love letter to the golden age of Hollywood and a somewhat melancholic reflection on the fleeting nature of stardom. For every star that people remember fondly today — Cary Grant, Audrey Hepburn, etc. — there are plenty like Dalton whose names have been lost in time, captured only on unwatched reels of film now collecting dust.

One of my favorite parts of “Once Upon a Time in Hollywood” were the “films” within the film; you get to see clips of fake movies and TV shows from Dalton’s career. For better or worse, you don’t see those types of movies being made anymore in Hollywood. While I don’t necessarily have much nostalgia for that period and the ones preceding it (I tend to prefer films from the 1970s and on), I do respect the history. And it’s hard not to feel sad as you watch Dalton’s relevancy slowly slipping away.

One thing I was a little worried about was how the film might handle the real-life history it touches on. I did not want to see the murder of Sharon Tate sensationalized or exploited, especially since Tarantino is known for his scenes of over-the-top violence.

Thankfully, Tarantino handles this real-life character respectfully, and the footage of Margot Robbie as Tate is shot with a surprising love and tenderness. I have seen some criticize the fact Tate has minimal dialogue in this movie, but even though she doesn’t have a large number of lines, her warmth and spirit fill the screen.

I’m still not sure what to think of the final act, and I can’t really comment on that without giving away spoilers. But I was touched by the very final scene and thought it was a good way to end the movie.

“Once Upon a Time in Hollywood” can, at times, come across as a little rambling and indulgent, but maybe that’s okay. It’s probably Tarantino’s most emotional film, and I walked away feeling bittersweet.

I’m reading more articles about the so-called decline of “traditional film,” about how people are less willing to go to the theater, and even if they are, they’re less likely to spend money on an original work like “Once Upon a Time in Hollywood.” Will theaters and films like Tarantino’s eventually become like Dalton himself, less relevant in a world of streaming services and blockbuster franchises?

I honestly don’t know, and as a longtime lover of the movie theater experience, that makes me sad. However, I like to think that, as it always has, the film industry will continue to evolve, and people will keep finding ways to tell meaningful stories that can stand the test of time.

For now, I’m content to sit in the darkness of my local theater, watching the magic happen on the big screen for as long as I can.

Share this...
Posted in Reviews · Tagged: Hollywood, Movie, Once Upon A Time In Hollywood, Quentin Tarantino, review