Home Movie review: Is ‘Spider-Man: Far From Home’ a worthy follow-up to ‘Endgame’?

Movie review: Is ‘Spider-Man: Far From Home’ a worthy follow-up to ‘Endgame’?

Posted 7 months ago by Ashley Pauls 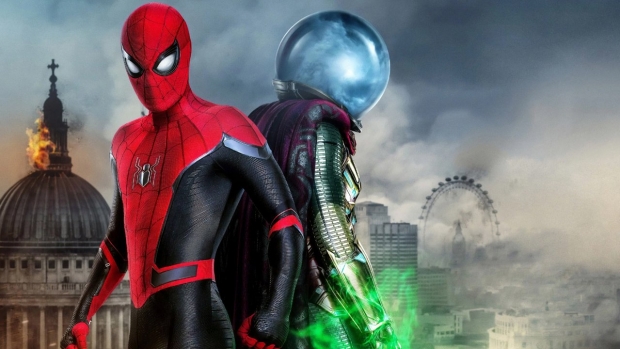 “Avengers: Endgame” is, admittedly, a tough act to follow. How do you continue the franchise after an epic, three-hour film that wraps up a story arc spanning 10+ years and 20+ films?

Actually, “Spider-Man: Far From Home” doesn’t necessarily answer that question. The latest Spidey film serves as more of an epilogue to “Avengers: Endgame” than a harbinger of the new era of Marvel Cinematic Universe films.

And that’s perfectly fine with me. So much happened in the last Avengers movie, and so much about the MCU will be changing post-“Endgame,” that we all still need some time to adjust to what the new MCU is going to be like. “Spider-Man: Far From Home” reflects on the legacy of the past films with just a few teases as to what we might be seeing in the future.

Much like its predecessor “Spider-Man: Homecoming,” one of the best things about “Far From Home” is that it feels like a teenage comedy/coming of age tale first, and a superhero movie second. Anyone who knows me knows how much I love superhero movies, but one of my slight concerns about the MCU going forward is that the “formula” may start to feel a little stale. “Far From Home” works so well because it’s a smaller scale superhero flick that really focuses in on the characters, with plenty of delightfully awkward teenage charm.

The film starts with a great premise — a high school trip to Europe — that provides an interesting backdrop for Peter Parker (Tom Holland) to process the events of “Endgame.” He’s had to deal with a considerable amount of trauma — vanishing in the snap, fighting in an intergalactic war, and losing someone very close to him — and I appreciated that the film addressed Peter’s complex feelings and didn’t try to “move on” too quickly.

Iron Man/Tony Stark is my favorite Avenger, and I’m still not over his death at the end of “Endgame,” especially since I didn’t think he’d be the one to die. I loved how the MCU positioned Tony as a mentor for Peter, and how both of them were able to learn from each other. Understandably, Peter is still grieving this loss in “Far From Home.”

Peter is afraid he won’t live up to Tony’s legacy, and in the end, he comes to peace with the fact that he doesn’t have to. He can take the lessons he learned from Tony and become his own superhero.

I really, really loved all the scenes with Tony’s former head of security, Happy Hogan (Jon Favreau), who is also grieving the loss of his friend. Normally AC/DC’s “Back in Black” isn’t a song that makes people teary-eyed, but hearing Happy play Tony’s signature song for Peter definitely got to me.

In a very different way, Peter also learns a lot from his interactions with Mysterio (Jake Gyllenhaal). When he first arrives, Mysterio looks like the perfect candidate to join the new Avengers team. He’s got a cool set of Doctor Strange-esque powers, and he even seems like he would be a good mentor for Peter.

Of course, Marvel comics readers already know this is all an act — Mysterio uses effects and technology to make himself appear to have powers he actually doesn’t have. When he ultimately turns against S.H.I.E.L.D., Peter takes it personally, questioning his own abilities and judgement even more.

Mysterio was a great foil for Peter and an interesting contrast to Iron Man. Plus, it was really cool to see how he used technology to mimic superpowers and caused everybody to question what was actually real.

Overall, I don’t have a lot else to add about this film. It’s really fun (and funny), and Peter’s best friend Ned (Jacob Batalon) continues to be one of my favorite side characters in the MCU.

My only criticisms about this film are actually found at the very beginning and the very end. I wasn’t a fan of the little joke tribute film that played at the beginning. I get what they were going for — a low budget “in memory” video made by kids at Peter’s high school, highlighting all the Avengers that were lost in the Infinity War.

I’m pretty sure it was intended to be funny, but it really rubbed me the wrong way, because it was awkwardly making light of a serious moment. I don’t want to have a laugh about the deaths in “Infinity War” and “Endgame.” Thankfully, the rest of the humor in the film is really great, but this one scene definitely fell flat and was mostly received with silence during the two showings I attended.

I also don’t know that I love the final post-credits sequence. The mid-credits clip was a great, gasp-inducing moment, and I love that they were brave enough to reveal Peter’s secret identity. But I’m not necessarily a fan of the fact that apparently Skrulls were pretending to be Nick Fury and Maria Hill throughout the entire film.

Maybe it’s just me, but it seemed like backsliding after everything that happened in “The Winter Soldier” and “Civil War.” Steve Rogers really wanted S.H.I.E.L.D. to be more open and transparent, and is using shapeshifters to trick people something he’d be comfortable with? Also, after Peter already got duped by Mysterio, he might have a hard time trusting S.H.I.E.L.D. when he learns they also tricked him.

Anyway, maybe I’m reading too much into this. I do think the Skrulls are interesting as a concept, and I want to see more of them in the MCU’s future. I guess I’ll just have to wait and see what happens in the future.

Regardless of whatever the next phase of the MCU includes, I’m definitely on board for another Spidey film!