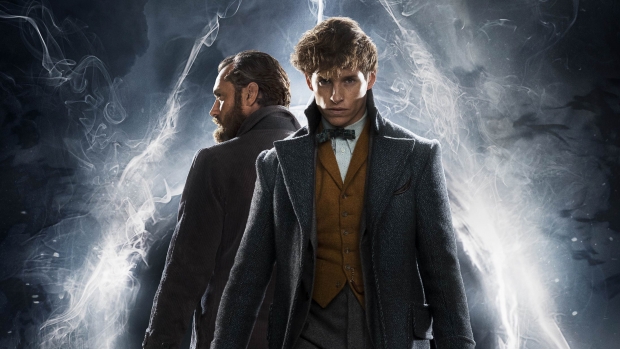 I don’t blame J.K. Rowling for wanting to return to the fictional universe she created.

The Harry Potter series has sold millions of copies, launched a theme park, inspired a blockbuster film series, and become a beloved literary classic. It’s a rich world full of numerous storytelling possibilities, and the spin-off prequel series, “Fantastic Beasts,” seemed like it had the perfect recipe for success: an exciting new setting, adorable magic creatures, and the backstory of mysterious dark wizard Grindelwald.

However, despite the fact the script was written by Rowling herself, the latest film set in the Wizarding World — “Fantastic Beasts: The Crimes of Grindelwald” — has received a rather mixed response from both fans and critics.

I don’t want to give away the plot of “The Crimes of Grindelwald” for those who have not yet seen it, but it basically revolves around Newt receiving a special mission from Albus Dumbledore (played by the perfectly cast Jude Law). Dark wizard Grindelwald has escaped and is growing more powerful, and is seeking a gifted but troubled boy named Credence, believed dead at the end of the last film but somehow survived. Grindelwald wants to use Credence for his own dark purposes, while Newt wants to save him.

While I didn’t enjoy the original “Fantastic Beasts” film as much as the Harry Potter series, I thought it was a fun adventure with some really endearing characters. As a Hufflepuff myself, I liked seeing Hufflepuff hero Newt Scamander and his case full of magical creatures, and I appreciated his compassion and desire to protect these creatures. My favorite character, though, was actually a non-magical one: Jacob Kowalski, an aspiring baker who falls in love with the mind-reading wizard Queenie Goldstein.

As for “The Crimes of Grindelwald,” I liked parts of it but did not love the film. While there are some really powerful moments in the movie, I don’t think it was as good as the original “Fantastic Beasts.” I saw “The Crimes of Grindelwald” on Saturday, and already I’ve kinda stopped thinking about it. It hasn’t lingered with me in the same way that other recent game-changing franchise entries (such as “The Last Jedi” and “Infinity War”) have.

Part of the problem with “The Crimes of Grindelwald” is that it is a messy film. There are a LOT of characters and plot lines going on at the same time. I loved the characters, and I found the plot lines intriguing, but none of them seemed to get enough screen time. It feels like the Fantastic Beasts spin-off franchise almost needed to be split into two different series: one that focuses on Newt and his magical beasts, and one that focuses on Grindelwald’s plottings.

I wish we had seen more of Dumbledore, though I’m sure that will come in later films. His past relationship with Grindelwald is both an emotional one and one bound by a literal blood pact (important life lesson for would-be wizards: don’t make a blood pact with someone who might turn out to be a psychotic villain. Just…don’t.) I also wanted more screen time for Jacob and Queenie; their relationship takes an interesting and incredibly tragic turn (which was the most powerful and emotional twist in the film, I thought). The fact there’s a law forbidding relationships between wizards and No-Majs has some chilling parallels to the kind of elitism and racism seen throughout the course of real-world human history. I think the film needed to delve deeper into this issue.

I also feel that Credence is a fascinating character, and I was looking forward to seeing more of him in this film. Unfortunately, he doesn’t get enough screen time, and the film doesn’t quite seem to know what to do with Queenie’s sister, Tina Goldstein, either (her relationship with Newt feels a bit forced).

As for Grindelwald himself, I still feel that Johnny Depp was miscast in the role. Colin Farrell played a disguised Grindelwald in the last film, and I wish they’d just kept Farrell in the role. Grindelwald is a character who needs to feel dangerously charismatic, but Depp’s performance felt a little detached and disinterested, at least to me. If they really had to change actors at the end of the previous film, I could see an actor more like Michael Fassbender bringing some needed intensity to the role.

I feel like I’ve been negative so far in this review, so I’d like to end on a more positive note. I’m definitely still planning to see the next “Fantastic Beasts” film, and I really do care about these characters. I want to see what happens to Newt, Jacob, and Queenie. Newt’s fantastic beasts continue to be charming, even if they do feel a little tacked on to the plot. The film is best when these three characters are on screen, and I can’t wait to see more of Jude Law as Dumbledore in the next one.

Hopefully next time, these wonderful characters will have a stronger script to back them up.