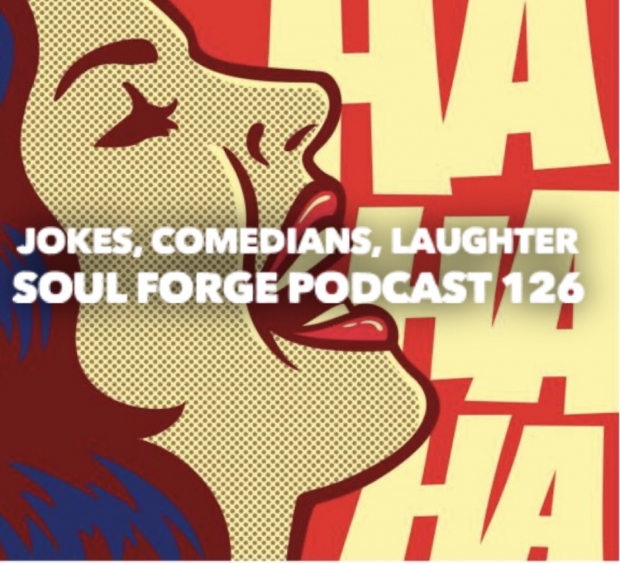 Laughter really is the best medicine. Jokes, comedians and laughter are on the agenda for this week’s Soul Forge Podcast. Shawn and Tracy are telling jokes, and trying to make each other laugh. They are discussing some of their favourite comedians. Movies that they find funny are also mentioned.

Shawn’s brother Robin has dreams of becoming a stand-up comedian. Or at the very least, going up on stage and giving it a try. If this actually happens, you can be sure we will have a recording on an upcoming episode!

On the topic of comedians and comedy, we talk a bit about comedy specials on Netflix. Some of the comedians we mention in this episode include: Trevor Noah, Jeff Dunham, Marc Maron, Amy Schumer, Arsenio Hall and Ricky Gervais. But there are more discussed.

Tell us about your favourite jokes or stand-up comedians. You can always email the show via soulforgepodcast@gmail.com

Jokes, comedians and laughter! Shawn’s favourite comedian made him cry.