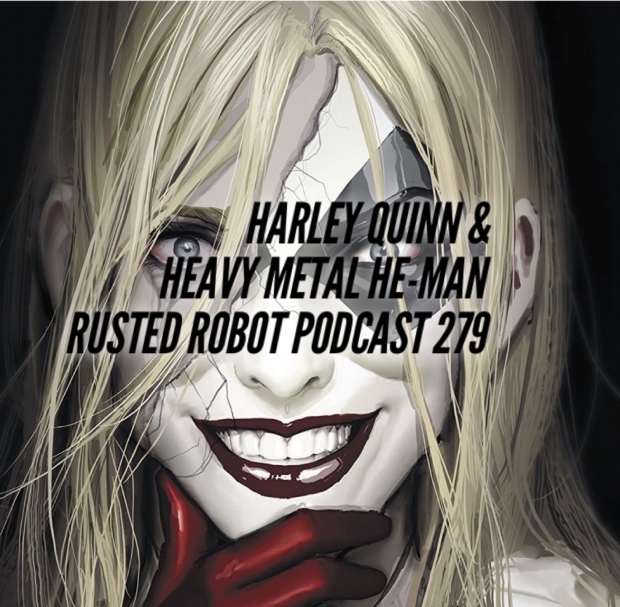 From Batman to chewing gum, and robots to cartoons. This week your favourite podcast covers a little bit of everything. Harley Quinn & Heavy Metal He-Man

Kevin Smith reveals the voice cast for the upcoming animated Netflix series, Masters of the Universe.

Star Trek Picard episode 4 reveals Jeri Ryan’s 7 of 9. We discuss how the Borg work as an entity. What is the difference between a Commodore and an Admiral? Star Trek has always been a response to the time period in which it is produced.

Batman The Animated Series will be returning in comic book form.

The Iron Mask trailer teases us with dragons, Jackie Chan and Arnold!

The God Jesus Robot from Bandai. Produced in 1984, Uranai Robo is a fortune telling robot. It has been some time since we had a robot profile of the week, and this is really something!