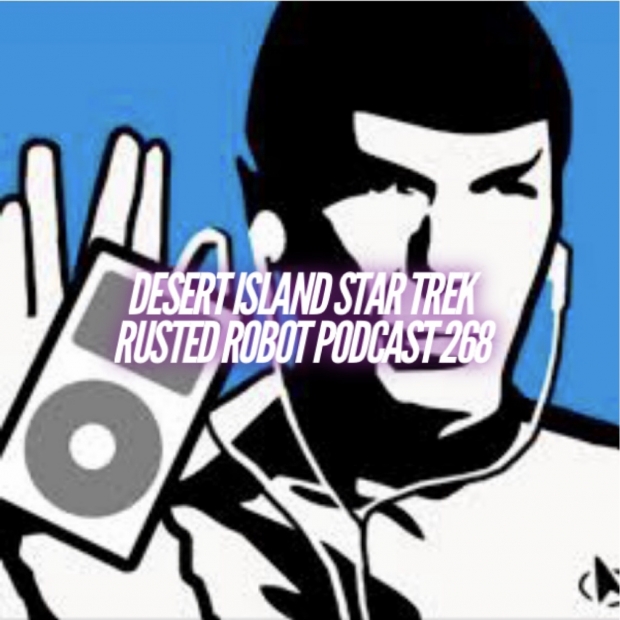 Desert Island Star Trek. What is that?

This week, we take a look back in time. The year was 2014. The Rusted Robot Podcast was less than a year old. We were trying to make a name for ourselves by guesting on as many other podcasts as we could.

The Ten Forward Podcast is the reason the Rusted Robot exists. If not for Sina and her crew, no one would have heard of us. This episode is the second time we came on as guests. Shawn spoke with Paul and Jarman about his 5 favourite episodes of Star Trek. The 5 episodes he would take if he were stranded on a desert island…hence, Desert Island Star Trek!

Who knew that 5 years later Shawn, Jarman and Paul would have all become such amazing friends. Get ready for a trip down memory lane. The nostalgia engines are running hot! This is Shawn’s Desert Island Star Trek!