Posted 1 year ago by ESO Network 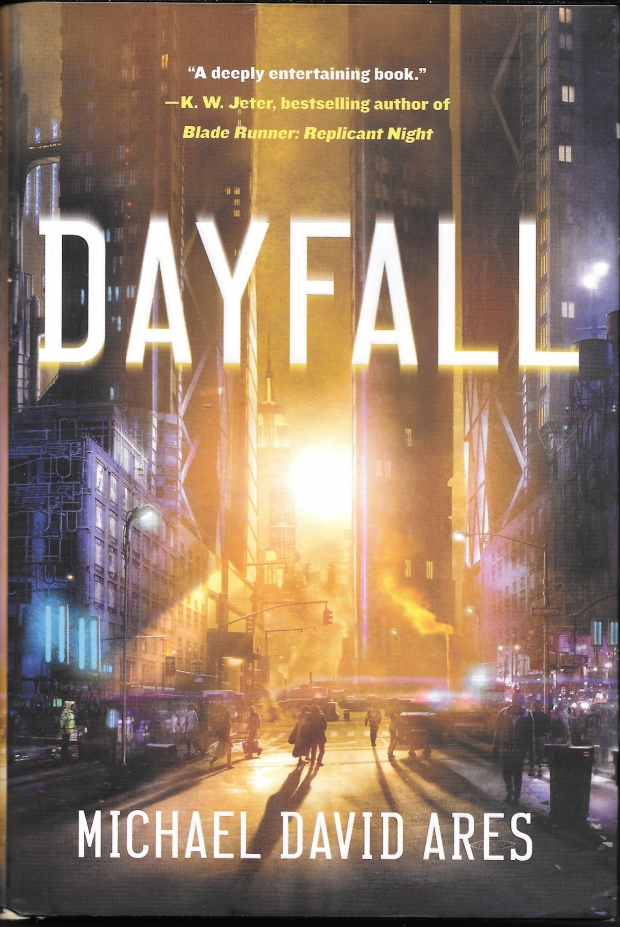 In the not too distant future, Pakistan and India suffer a nuclear confrontation which has disastrous results throughout the globe. Ice melting in subartic regions and Greenland causes rising water levels and twenty percent of New York City is lost. Other parts of the eastern seacoast suffer varying degrees of this “nuclear winter” wherein the sun if blocked for lengthy periods of time. Hardest hit is New York and for ten years its survivors learn to live in darkness until the after effects of the catastrophe begin to dissipate and the clouds begin to thin.

Scientist start predicting what they call Dayfall will soon herald the return of the sun and banish the stygian darkness. At the same time they caution the authorities that such a dramatic reappearance of daylight could cause psychological issues with the populace and the Manhattan Police Department is put on alert. But how does one prepare for something totally unprecedented? Just as the momentous day is fast approaching, a vicious serial killer emerges on the scene. This fiend butchers his victims with knives, leaving their bloody corpses in pieces. He is soon labeled the Dayfall Killer.

Frantic to catch this monster and avoid city-wide panic, the Mayor hires a young Philadelphia detective named Jon Phillips. Supposedly he is uniquely qualified as he had single handedly captured another such killer in Philly only a few weeks earlier. Phillips has only twenty-four short hours to find his new target. And if that challenge isn’t enough as is, he quickly learns there is an underlying political battle at play between the Mayor and an independent police force known as Gotham Security. Owned and conceived by Gar Render, GS wants to usurp the local police with Render as the next Mayor.

“Dayfall,” is a pulpish noir mix of violence, social engineering and selfish paranoia expertly brewed to create a fast paced, suspenseful thriller unlike anything else on the market today. Whereas it really isn’t science fiction but rather a science thriller. Writer Michael David Ares is definately a name to remember.