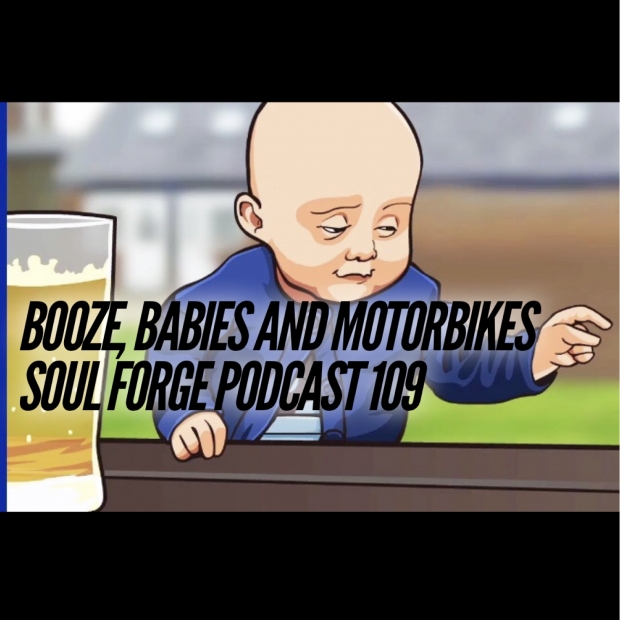 What do booze, babies, and motorbikes all have in common? They fill out the background of this very special episode. Our friend Whit returns for his third time on the Soul Forge. He’s already talked with us about sex and virginity. Now he has a few things to tell us about his life before podcasting.

The first thing we do is get an update on where Whit is currently, and what he’s been up to lately. This episode was recorded just a couple of days before the birth of his first child. You will get to hear about his thoughts and feelings on the upcoming birth. Learn about his fears and his excitement. I will provide you with all the baby details at the end of the episode.

2016 was the worst year of Whit’s life. After years of people who were close to him dying, he had had enough and was completely over life. Too many deaths lead to depression and feelings of helplessness. Whit had been working out and trying to lose weight. After a particularly difficult death, he began drinking heavily.

Drinking lead to some drug use. Destructive behaviour was on Whit’s menu. He tells the story of his drinking and drugging and how he heard the wake up call. Almost trying Meth snapped him out of his dark behaviour. Find out all the details on what Whit learned.