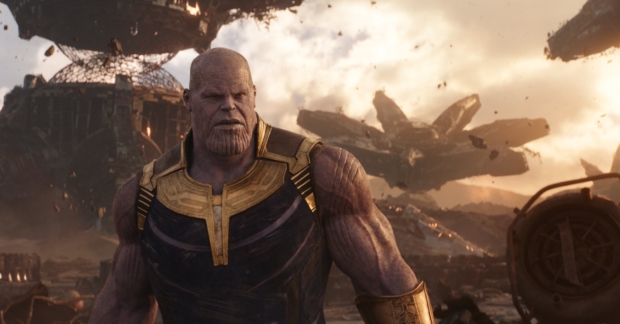 After an epic 10-year buildup, the Marvel Cinematic Universe’s ultimate villain finally arrived to restore balance to the universe earlier this summer. Thanos was, at least for me, worth the wait, and I’m looking forward to watching him in “Infinity War” again, now that this movie is coming out on DVD and Blu-ray today.

Few franchises have been able to match the success of the MCU, or its impressive cast of well-loved superheroes. However, it’s fair to say that the track record for the MCU’s villains hasn’t been quite as strong. For a while, in terms of strong villains, there was Loki…and…well…it was pretty much just Loki.

That’s been improving in recent MCU history, so in honor of “Infinity War” coming out, here are my top five MCU villains — and I’d love to hear yours as well! (Note: I didn’t include the Marvel Netflix shows, but if I had, Kingpin, Kilgrave, Cottonmouth, and Mariah Dillard would have taken up most of the slots on this list.)

I LOVED Cate Blanchett in this role, and you could tell she had a blast playing an MCU villain. The only reason she misses the top five is because of an issue I have with “Thor: Ragnarok” overall. It’s a really funny movie, but it’s almost *too* funny. The more emotional and serious moments are glossed over a little too quickly, so Hela doesn’t carry the same pathos as, say, Loki in the MCU movies.

Even though the revelation that Ego was the film’s true villain wasn’t a major surprise, I found it super interesting that the Guardians movies, which are all about family, featured a villain who was a family member of one of the main characters. Kurt Russell is such a likable guy that it’s hard to hate the character, until you realize what terrible things he has done. He also helps Peter realize that even though the other Guardians may not be related to him, they are Peter’s true family.

Although Killmonger’s methods were (obviously) wrong, what made him a compelling villain was the fact he was asking some important questions about racism and responsibility that needed to be asked. He proved to be a key foil for Black Panther as T’Challa developed his own leadership philosophy and shaped Wakanda’s future. There’s a lot going on in “Black Panther,” and I almost wish they had cut a few characters and tightened the plot a little to get even more time with Killmonger. Still, a great performance from Michael B. Jordan.

Vulture is definitely the smallest-scale villain on this list, which is actually why I really like him. Michael Keaton has a very down-to-earth take on the role; Vulture isn’t an over-the-top villain who has a bunch of superpowers and wants to take over the world. He’s just a regular guy trying to take care of his family, and then ends up going down the wrong path. The fact he’s such a believable character is what makes him even scarier.

It feels weird not putting Thanos in the No. 1 spot — he really is the ultimate MCU villain, and I’m super curious to see what happens with the character in “Infinity War” part 2. Although I love the character in my No. 1 spot just a *little* bit more, I appreciated that the film makers gave Thanos more nuance than I was expecting. He was a fascinating character, and I liked that the film really dug into the motivations behind his actions. He definitely lived up to the 10 years of hype, at least for me.

At this point in the MCU, is Loki even really a villain?

He’s probably more of an antihero, but I just love Tom Hiddleston’s performance as this character. Loki is funny and charming, but there’s a bit of tragedy running underneath the surface. Loki feels like a bit of an outsider in Asgard, and he resents living in his adopted brother Thor’s shadow. As sad as it was to see Loki go in “Infinity War,” I hope that’s one of the MCU deaths that sticks, because I thought it was a good end for the character.

And, as a bonus, here are the top 5 Marvel villains that most need improvement (counting down from “sort of okay” to “definite missed opportunity”). My “worst of the worst” list, I guess you could say?

I actually really love the look of this character and how he fits into “Doctor Strange’s” overall aesthetic as a film. But I felt he didn’t have enough character depth, and there’s so much more they could have done with him as a character.

I don’t think Vanko was a bad MCU villain per se; he just doesn’t particularly stand out, either. Tony Stark has fought better villains that are better foils for his character.

Although “Ant-Man” is one of my favorite MCU films, Yellowjacket feels more like a generic superhero movie villain, who is more just there to drive the plot forward.

Ah, Ronan. He actually doesn’t bother me that much, because the rest of “Guardians of the Galaxy Vol. 1” is so awesome. But he still feels like a bit of a missed opportunity to do something even cooler with the character.

I don’t really remember much about this character from “Thor: The Dark World” (Loki pretty much steals that movie, anyway). Like Ronan, Malekith feels like a missed opportunity, especially since I was excited to see “Doctor Who” alum Christopher Eccleston in an MCU film. 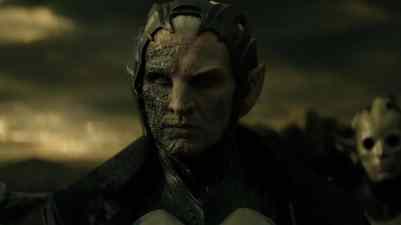 So, what are your favorite (and least favorite) MCU villains?