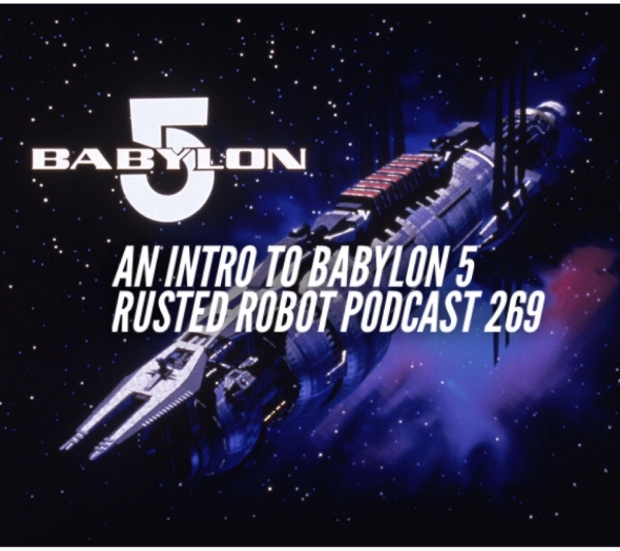 Babylon 5 is our main topic, but we are also covering Doctor Who, Star Trek, Star Wars, Tesla and more!

The Babylon project was a dream given form. Its goal: to prevent another war, by creating a place where humans and aliens can work out their differences … It became an incredible, ambitious show. The Rusted crew gives you an overview and introduction to the series which ran from 1994 to 1999. We talk about the plot, setting, characters, CGI, its realism, and the followup series Crusade. Get ready for our Intro to Babylon 5!

Elon Musk recently unveiled Tesla’s Cybertruck. The truck has its fans and its haters. One thing is for sure, it’s getting a lot of attention.

Doctor Who! The series is returning on New Years Day. We discuss our favourite doctors and give our thoughts on the most recent season.

Star Trek’s fourth movie in the JJ-verse has found its director. Noah Hawley is set to write and produce the film which will see Chris Pine return as Kirk. No word on plot or release date.

Star Wars! Jon Favreau will be directing the Star Wars universe for the forseeable future. He is set to become the creative director of the franchise, much like Kevin Feige in the Marvel universe.

Nicolas Cage is set to play Nicolas Cage. There is a meta movie coming soon loosely based on the actor’s life. The Unbearable Weight of Massive Talent see Nic Cage trying to get into the next movie from Quentin Tarantino.