Home ‘Yo ho, yo ho, a pirate’s life for me!’ Is Disney’s Pirates of the Caribbean franchise still relevant?

‘Yo ho, yo ho, a pirate’s life for me!’ Is Disney’s Pirates of the Caribbean franchise still relevant? 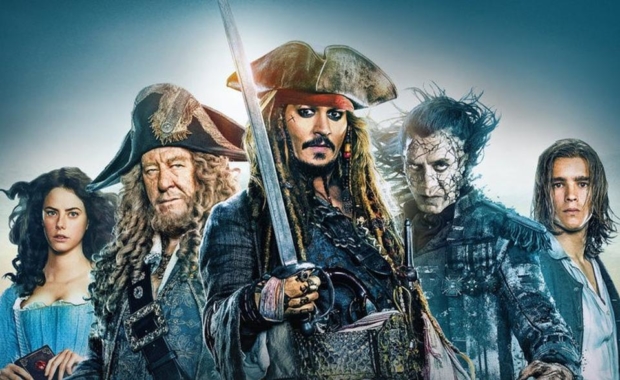 October has already been a busy month for movie/entertainment geeks: buzzworthy new trailers for “Star Wars: The Last Jedi” and Marvel’s “Black Panther”; a highly praised sequel to a sci-fi classic, “Blade Runner 2049”; “Spider-Man: Homecoming” coming to home video; and the ongoing debate about what we think of the new Star Trek series, “Discovery,” as well as the new streaming service we have to watch it on, CBS All Access. So it’s perfectly understandable that some may have missed the latest Pirates of the Caribbean movie, “Dead Men Tell No Tales,” which slipped out on DVD on Oct. 3.

Was that particular would-be summer blockbuster a flop or not? Was it designed to end the long-running franchise or serve as a new jumping-off point? The answers to both those questions are still a bit murky.

Domestically, “Dead Men Tell No Tales” certainly under-performed. With a reported budget of $230 million, the film has pulled in $173 million, currently sitting at #13 on the list of top grossing movies for 2017 and far below this year’s mega-hits like “Beauty and the Beast” and “Wonder Woman.” It couldn’t even beat “The Boss Baby,” sadly enough. Internationally, though, it’s a much different picture; 78 percent of the film’s total gross came from overseas, bringing its earnings up to $795 million. Still, it’s worth noting that the film’s final tally is a significant drop from the previous sequel, “On Stranger Tides” (2011), which cleared the billion mark.

I was 16 when the first Pirates of the Caribbean movie came out, and I can remember how big the franchise was at the time. It became a pop culture powerhouse, and my friends and I were so hyped for the sequels. Yet since then, the franchise’s star seems to have faded, at least somewhat. Marvel’s Cinematic Universe is the new pop culture king, and Star Wars has made a successful comeback. Even if it wasn’t a true flop, “Dead Men Tell No Tales” just couldn’t command the same amount of buzz the franchise used to.

Curious to see how well the franchise had aged, I went back and watched the original Pirates trilogy this past summer. I was a bit nervous, since this franchise was such a huge deal for me in high school and helped spark my movie obsession. Perhaps not all would agree, but I was relieved to find that the first three films were still a lot of fun. Basing a movie on a theme park attraction may have seemed like a sketchy idea, but “The Curse of the Black Pearl” was (and still is) a fun, swashbuckling adventure with ghostly special effects that still hold up. At the time, Johnny Depp’s Captain Jack Sparrow felt like a breath of fresh air, a hilarious trickster who (mostly) did the right thing, if sometimes for slightly selfish reasons.

The next two sequels — “Dead Man’s Chest” and “At World’s End” — were more divisive, but I can’t lie — after re-watching them this summer, I still really enjoy them. Maybe they were bloated and self-indulgent at times, but I loved that they dared to push the franchise in new and sometimes weirder directions. My favorite Pirates movie is actually “Dead Man’s Chest”; I love the whole fight on the beach/island between Jack and his (sort-of) friends and Davy Jones’ crustacean crew (there are some great sword fights in the franchise overall). I also appreciated the film wading into somewhat murkier moral waters (sorry, I had to work in a pun like that somewhere!), such as Elizabeth tricking Jack and leaving him to the kraken to buy the rest of the crew a chance to escape. I also admire the film makers’ gutsy decision to give the original trilogy a more tragic ending than we typically see in popcorn blockbusters: killing off the franchise’s one truly selfless main character, Will Turner, and bringing him back as the cursed captain of the Flying Dutchman. The only character who really deserved a happy ending doesn’t quite get one.

Disney waited too long to release the sequel, “On Stranger Tides,” a more forgettable adventure without many of the classic characters fans loved. It’s been a while since I’ve seen this one, though I remember Geoffrey Rush’s Captain Barbossa as the highlight. I think with this film we start having the issue of Captain Jack overexposure. He was really great in the first three films but the character does start becoming a bit tired in the fourth film, due to the fact that he doesn’t really change. It’s a catch-22 because if he DID change, he wouldn’t be funny anymore. One could also argue that Johnny Depp fell into the trap of ONLY playing characters that were wacky variations of the Jack Sparrow type, so it feels like we’ve seen the character a lot more than we actually have.

Disney also waited too long to release the most recent sequel, “Dead Men Tell No Tales,” perhaps overestimating the franchise’s staying power. However, I actually enjoyed “Dead Men Tell No Tales” and thought it avoided some of the issues fans had with “On Stranger Tides.” It was good to see the franchise return to its roots and reflect more on its legacy, featuring Will and Elizabeth Turner’s son, Henry, as the protagonist. Although it was a fun time at the theater, as touched on earlier it didn’t quite generate the spark Disney was probably hoping it would. Whether we get a sequel or not (or perhaps a hard reboot) will depend on how happy Disney is with that final box office tally.

I’m still proud to call myself a Pirates fan, and I’m happy to re-watch the original trilogy and will look forward to seeing “Dead Men Tell No Tales” again on home video. Still, I hope that Disney will let this franchise rest, at least for a while. Some franchises just don’t have the staying power of a pop culture icon like Star Wars. Star Wars has been going strong for 40 years, and there’s decades more potential film ideas to be mined from that franchise. The Pirates universe isn’t as expansive as that — and doesn’t have to be. It’s not bad for some franchises to end; an ending doesn’t have to mean failure. Sometimes it’s better to sail gracefully into the sunset than try to keep fighting as the ship sinks.

Share this...
Posted in Reviews · Tagged: franchise, Movie, pirates of the caribbean