Home Why being a geek brings me joy, even in uncertain times

Why being a geek brings me joy, even in uncertain times

Posted 3 weeks ago by Ashley Pauls 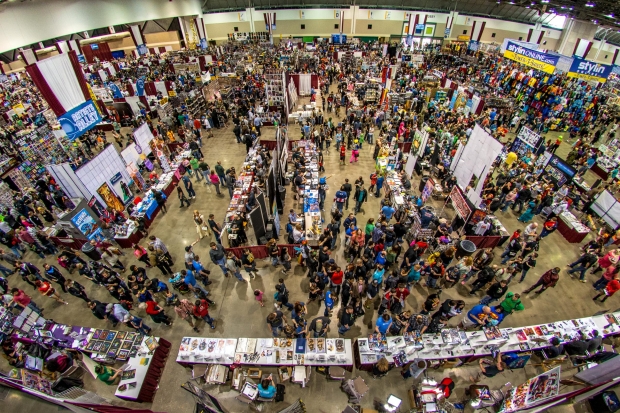 I was planning to spend this weekend getting ready for Planet Comicon, the regional geek convention my dad and I look forward to attending together every year. If you’ve never heard of Planet Comicon, I’m always happy to help promote it — it’s a fantastic mid-sized con that draws about 60,000 people to Kansas City, Missouri, every year. They have great vendors, celebrity guests, and cosplayers.

With the event originally scheduled to begin March 20, my goal for this weekend was to start packing all my cosplay supplies, put some final finishing touches on my costumes, and run to the store for any last-minute items I needed.

Then yesterday, Planet Comicon organizers announced the con was going to be postponed to an undetermined date, due to concerns about the spread of coronavirus. I’d tried to mentally prepare myself that this announcement was likely coming (in light of other major events being cancelled around the country and the globe), but the news still hit me pretty hard.

For many geeks, a con is more than just an event — it’s a place where you can cut loose and fully celebrate your geekiness. It’s like a gigantic gathering of family and friends who are as passionate about pop culture as you are. I’ve really gotten into cosplay the last couple of years, and it brings me so much joy to wear my costumes to cons.

Planet Comicon was the only con I was planning to attend this year, and I know I’ll be sad about its cancellation for quite some time. But this post isn’t going to be all about that.

There’s a lot of fear, stress, and uncertainty right now, and while some might say it’s naïve to focus on the positive, I personally find comfort in reflecting on what’s good and what I still have to be thankful for. We’re all worried about how our lives may or may not be impacted in the coming months, so I wanted to take some time and put together a post about how being a geek brings me joy.

While many public events are being cancelled or postponed this spring, I’m thankful for all the great comic con experiences I’ve had in the past. I attended my first major con in 2017 — shout-out again to Planet Comicon! I didn’t cosplay that time, but by the end of the day I really wished I had. I was definitely hooked on cons, and I’ve attended Planet Comicon every year since.

In 2018 I got to attend Dragon Con and meet many members of the ESO family. I had an awesome time, and looking back over all the pictures I took always makes me smile. 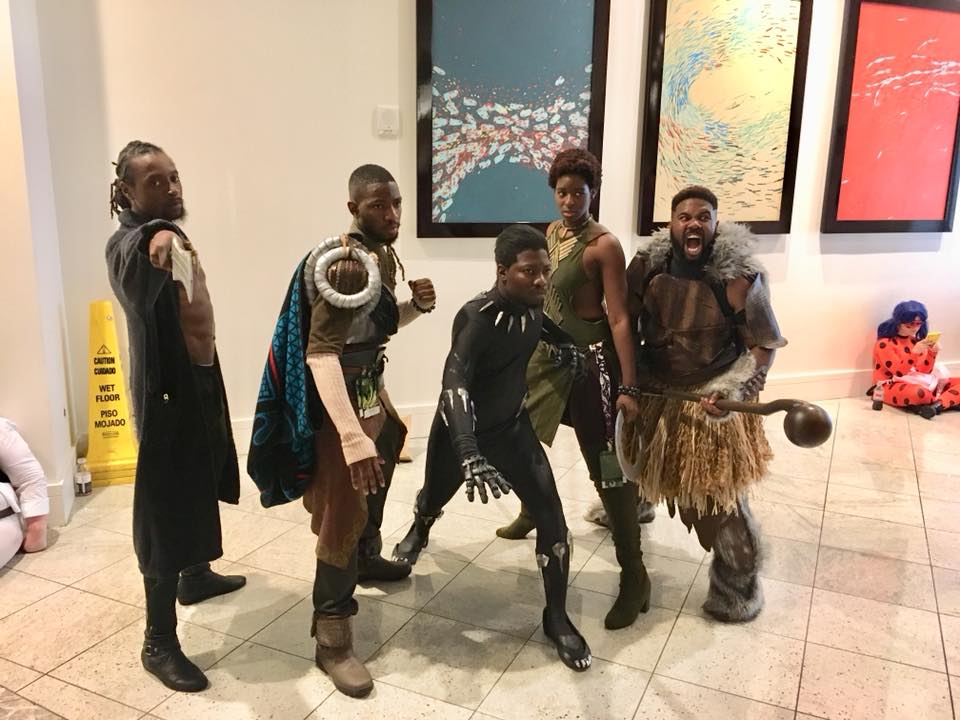 As a long-time Star Wars fan, going to Star Wars Celebration in Chicago in 2019 was a once-in-lifetime experience. I felt like I was walking on a cloud the whole time I was there, completely surrounded by wonderful Star Wars geekiness and positivity. I got to meet several of my favorite Star Wars authors and get some books signed. I’ll never forget that weekend!

Something else that I’ve been thinking about as lots of cons and events get cancelled is that many local artists, authors, crafters, etc. rely on these cons as a source of income. I try to buy some new geek artwork every time I go to a con. If a con you were planning on attending got cancelled, I’d recommend looking up some of the vendors who were going to be there and supporting an indie creator by buying something online instead. 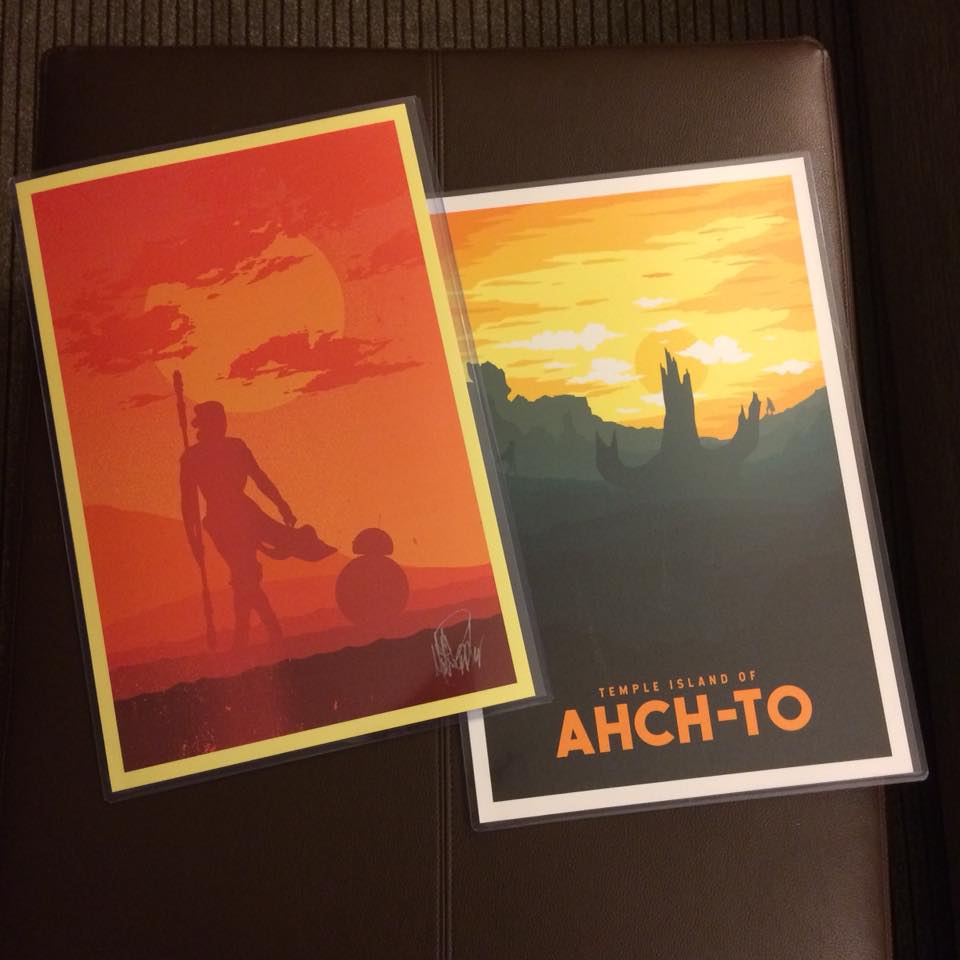 One of my other favorite geek activities is going to the movies, and I’m not sure how the spring/summer release dates of certain upcoming movies will be impacted (“A Quiet Place Part II,” the live-action “Mulan” and the next Fast and the Furious movie have already been delayed). So, this is a good time to dust off that Netflix queue of movies/TV shows you’ve been wanting to watch but just haven’t gotten around to.

Some of the best movies I’ve watched this year actually aren’t new releases — I’ve really been enjoying watching movies for my (shameless self-promotion alert!) “Better Late than Never…goes west!” blog series about Westerns. I’m going to really miss going to the theater for a while here, but there’s still plenty of good stuff to watch and discuss with other geeks.

Finally, since we’re all going to be spending more time at home than we’re probably used to, now is also a great time to get creative. Start a cosplay project. Make a new craft. Learn how to draw or paint. Write that story idea you’ve been chewing on for a while.

Maybe you’re not an expert. Maybe you don’t really think of yourself as an artist/writer/etc. But don’t censor yourself just because your work isn’t perfect. If creating brings you joy, then by all means, create!

I bought this Rey crochet pattern on Etsy, and I’m looking forward to giving it a try. 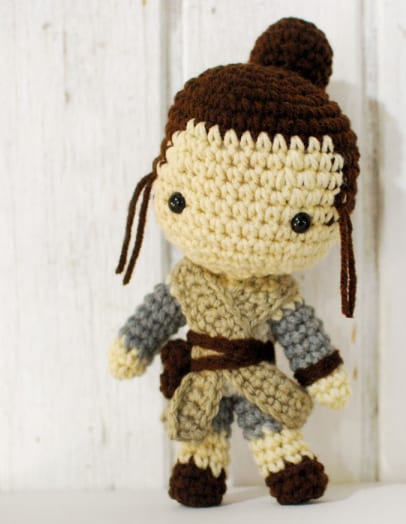 Stay safe out there, everyone — don’t forget to wash your hands, and may the Force be with you!