Home What Star Wars means to me

What Star Wars means to me

Posted 3 months ago by Ashley Pauls 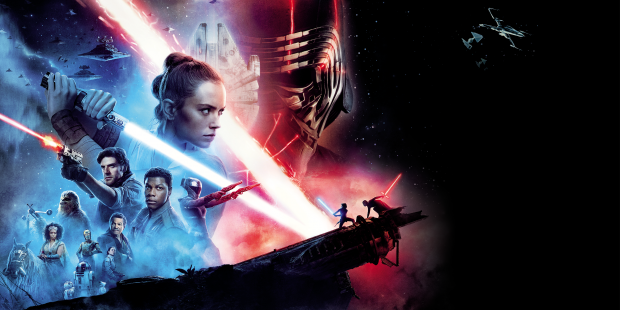 I’ve written plenty of blogs about Star Wars over the years, and by this point, I’m pretty sure that anyone who knows me is fully aware of the fact that I am completely obsessed with this franchise.

I’m not even really sure of how it all began, of why Star Wars in particular made such an enduring impression on me. There are plenty of franchises that I enjoy, but Star Wars is the one that I love the deepest, and always keep coming back to.

When I was a kid, I was really interested in outer space, and I loved learning about stars and planets. I was particularly interested in NASA and the Apollo 11 moon landing. I also really, really loved fiction and using my imagination to make up new stories, so I suppose it’s sort of a marriage between these two interests that sparked my passion for Star Wars.

I’m embarrassed to admit I can’t even remember which Star Wars movie I saw first (I think it was “Empire Strikes Back”), but of course, it was love at first sight. High school and college is about the time I started to think of myself as a hardcore Star Wars fan, and it just stuck. I’d binge-watch the movies with friends, and read all the expanded universe (EU) novels. I think at one point I calculated that I’d read 60-70 different Star Wars EU novels…but hey, who’s counting?

Now, I’m sure I would have gone on loving Star Wars even if there weren’t any new movies beyond Episodes I-VI, but Disney’s purchase of Lucasfilm really kicked my fandom into high gear.

I’ll never forget that moment in 2012 when I heard the news; I was sitting at my desk at work, just going about my day. My memories of the event are a little fuzzy (unfortunately this seems to be a theme for me), but I’m pretty sure my dad texted me to see if I’d heard the big announcement. I was so excited I had to excuse myself from my desk for a moment to process the news, and yes, I’m sure I got a little misty-eyed. New Star Wars, imagine that! I once feared we’d never get to see another Star Wars movie, and now we were getting a whole bunch!

Going to the local movie theater in 2015 to watch “The Force Awakens” on opening night is one of my favorite geek experiences. I spent a lot of the film’s runtime just marveling that I was watching a brand-new Star Wars movie on the big screen. I was still so excited when I got home that I didn’t sleep much that night, just replaying the movie in my mind and imagining what might happen in the next episode.

I feel fortunate in that I’ve enjoyed pretty much everything Lucasfilm has put out since being purchased by Disney, and you’d think that being a fan during this time would be a great experience for me. And it has been…mostly. However, as much as I love Star Wars, I don’t always love the Star Wars fandom.

When I was in high school and college, I felt like I was just enjoying Star Wars in my own little bubble. I’d talk about it with friends, but I wasn’t super involved with the wider fan community. In the Disney era of Star Wars, I started getting more engaged in online fandom, and sadly, it wasn’t always a positive experience.

I’ve learned that people have really, REALLY strong opinions when it comes to Star Wars, and sometimes they’re not very nice when it comes to expressing those opinions. Some people don’t care for the Disney era of Star Wars, and I can respect that. We’re all passionate about this franchise, and we have different feelings about what Star Wars should (or should not) be about.

But I’ll admit, by the time “The Last Jedi” celebrated the first anniversary of its release in December 2018, I was getting really tired of interacting with the Star Wars fandom. If I had a dollar for every time I’d witnessed someone being rude, nasty, condescending, gatekeeper-y, or otherwise participating in negative fan behavior in relation to the Star Wars franchise, I could probably buy myself a huge pile of Star Wars memorabilia.

It’s hard to know what to do about that kind of behavior. Sometimes I’m tempted to just disengage from the fandom, which I’ve done a little bit since “The Rise of Skywalker” came out. I loved Episode IX, but I haven’t really felt up to participating in many discussions surrounding it, so I’ve been quietly enjoying it on my own.

However, I also don’t want to fall into the trap of just creating a little echo chamber where I’m insulated by my own opinions. One of my firmest beliefs as a geek is that it’s vital to engage with other people who think differently than you, and to learn to respect alternate takes. I’m still trying to figure out how to limit the negativity I encounter while also being open to deep, challenging discussions. Anyway, it’s a work in progress.

I will say that one of the things I’m most thankful for about the Disney era of Star Wars is that it genuinely has helped me to grow as a person.

I’ve really latched onto Rey as a character, in an even deeper way than I had with any other Star Wars character in the past. I’ve made not one, not two, but three Rey cosplays, and dressing up as this character brings me so much joy (and also plenty of hairspray to keep those iconic three hair buns in place!)

Now that “The Rise of Skywalker” has come out, I’ve also decided that the sequel trilogy is my favorite era of Star Wars. In the past I would have been super nervous to admit this, because in some circles expressing your love for the Star Wars sequel trilogy (particularly “The Last Jedi”) is enough to make some fans choke on their blue milk.

I promise this is not a dig at those who didn’t like “The Last Jedi” or the other sequel trilogy films. “The Last Jedi” is my personal favorite Star Wars film, but it took a lot of creative risks that didn’t work for everybody. And that’s okay.

What I’ve gotten tired of is being treated like a second-class fan because of how I feel about Star Wars, or worse, getting “fan-splained” by people who want to explain to me why I’m wrong for loving the Star Wars the way I do (and yes, this has happened both online and in person).

But a lesson I’ve learned over the years, is that when a geeky thing brings you joy, you shouldn’t be ashamed of it. Like Rey letting go of her fears and embracing who she is as a Jedi, I’ve learned to be proud of who I am and what makes me different and special. It seems like such a small thing, but as someone who spent a large portion of my 32 years feeling bad about myself and assuming my opinions were dumb or wrong, this was a huge step for me. And I’m thankful to Star Wars for helping me get there.

One of my favorite fandom memories was traveling to Star Wars Celebration in Chicago last year. I went all by myself, something I couldn’t have imagined years ago. Was I nervous? Sure. But I felt so empowered planning this trip all on my own, and I had the most amazing time. 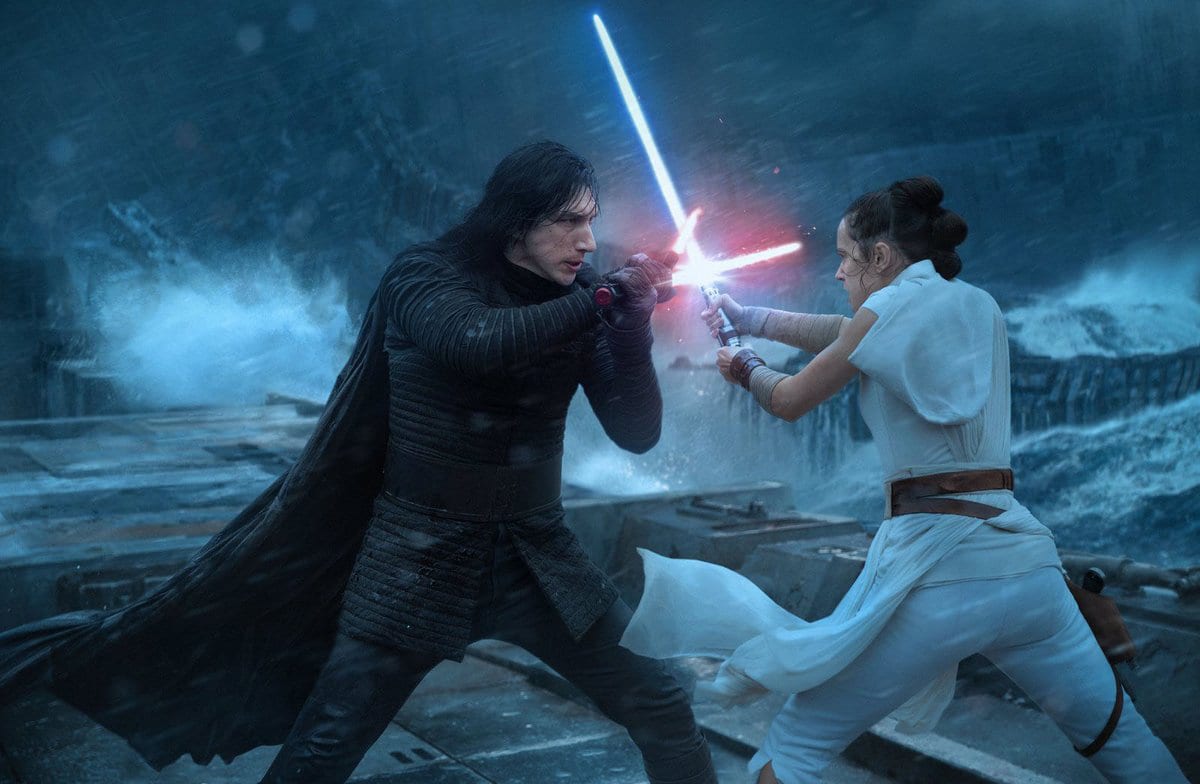 The future of Star Wars seems a little uncertain right now, especially with how the COVID-19 pandemic has upended our world. I don’t know when we’ll get the next Star Wars movie, and what Disney+ shows we may or may not get. I’m also sad because at the end of April my husband and I were supposed to visit Galaxy’s Edge (a.k.a. the new Star Wars land) at Disney World for the first time, but we had to cancel the trip because of the pandemic. Although we’re planning to try again in September, I don’t know what the world will look like then.

However, Star Wars continues to bring me joy in this strange, unsettled time. I’ve been re-watching the sequel trilogy movies, and I’m excited about “The Mandalorian” documentary series on Disney+ and the Clone Wars finale.

I could probably keep writing on and on about Star Wars and what it means to pop culture, but I know there have been plenty of articles already written about the endearing impact of Star Wars and why it’s remained popular for 40+ years. It’s like the modern version of the King Arthur myth; it’s an epic, timeless tale of hope, love, and courage.

Maybe not every episode or TV show works for you personally, and that’s okay. Star Wars means different things to different people. I hope that as time goes on, fans are able to let go of the parts that don’t work for them and celebrate the ones that do.