Home Too much of a good thing: Are sequels/revivals always a great idea?

Too much of a good thing: Are sequels/revivals always a great idea? 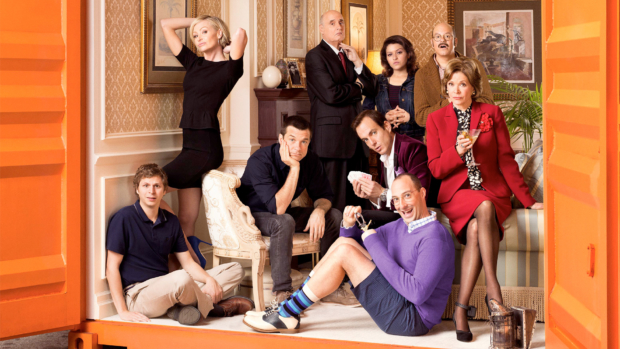 “Arrested Development” is one of my all-time favorite TV shows. The series, featuring the misadventures of the spectacularly dysfunctional Bluth family, ran for a mere three seasons on Fox before getting canceled. However, thanks to a still-devoted fanbase, the show was revived seven years later on Netflix.

Although Netflix swooping in to save the day seemed like a good thing at the time, response to the show’s fourth season was…well…a little lukewarm. But showrunners were determined to try again, and Netflix recently released a fifth season of the show that appeared to be a return to form.

I binged most of the fifth season of “Arrested Development” this past week. It was good to see the gang back together, and there were plenty of moments that made me laugh out loud. Still, it’s fair to say that the show didn’t have *quite* the same magic of its initial run, though it’s tough to pinpoint exactly why.

Revivals/sequels to beloved TV shows and movies often seem like a good idea on paper, but that’s not always the case in practice. Especially when there’s a long gap between the original product and the revival.

Sometimes it works out, like the 35-year gap between the original “Blade Runner” and the sequel “Blade Runner 2049.” Although not a box office blockbuster per se, “Blade Runner 2049” was a masterful science fiction film in its own right, at least in my opinion. But then you have other examples like the “Arrested Development” revival, which *should* work flawlessly since you’ve still got the same cast. But it just doesn’t seem quite as fresh or funny. Whether that’s because the show has changed or the audience has, is an interesting question to ponder.

Whether a revival/sequel is worthwhile or not has to be determined on a case-by-case basis. Is there anything new to add to the original story? Are there opportunities to add more layers or nuance, or portray the characters, setting, etc. in a new way? If the answer is yes, then a sequel or revival can be the perfect way to capture nostalgia while also offering fresh material. I know not all Star Wars fans are pleased with how Disney has handled the franchise, but I love the direction Star Wars is going these days. At the heart of it, it’s still the same Star Wars we know and love (at least to me!), but we’re viewing these characters/places/themes through a new lens.

Alternatively, I was initially a little skeptical about “Incredibles 2,” because it’s been 14 years since the previous film and I wasn’t sure the movie needed a follow-up. But judging by the reviews so far, it looks like it’s a worthy successor to the original film, and I’m now looking forward to seeing how it will play out. It will be especially interesting to see if the film riffs on all the changes that have occurred in the superhero genre since the original Incredibles flick.

As fans, I think it’s also important to keep our expectations in check when it comes to a return/revival. Nostalgia can be a powerful drug, making us see things as better than they really are simply because they’ve been a part of our lives for so long.

That’s partly why, as much as I love Joss Whedon’s “Firefly,” I’m not really sure I’d want to see a revival, even if the cast got back together. That show is so beloved by many fans, and we’ve all had years to watch — and re-watch, and re-watch — the series. No matter how good a reboot was, would it ever feel the same? Maybe yes, maybe not.

While there are some complaints in Hollywood about too many sequels and “retreading old ground,” I think there’s nothing wrong with continuing a story, as long as it’s done in an authentic and creative way. Audiences are pretty savvy; they can spot which products are a labor of love, and which are a shameless cash grab. And creators should also be willing to let a concept go when its time has come, no matter how beloved it was in the past.

So, what do you think the “magic ingredients” are for a successful sequel or revival? What shows, franchises, etc. would you like to see revived, and which ones should remain as they are in the past?