Tiger Kings, Snyder Cuts, and direct-to-streaming blockbusters: Entertainment in the time of COVID-19 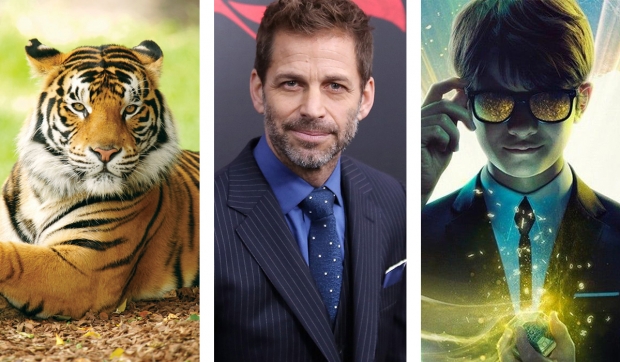 As an entertainment blogger, finding topics to write about this year has been somewhat of a challenge. Normally I have my blog schedule all neatly planned out, based on what movies are coming to the theater.

Of course, pretty much all the big spring and summer blockbusters have been moved to a later time, although of course due to the uncertainty surrounding COVID-19, those release dates may have to be moved again if quarantine procedures must be reinstated.

I’d initially thought this time might be a great opportunity to do a blog series project similar to my Western blog-a-thon earlier this year, but pandemic anxiety and the loneliness of the quarantine have made staying motivated challenging. I find myself turning to entertainment comfort food (a.k.a. watching Star Wars again for the billionth time and then staring longingly out the window and remembering what it was like to go to a movie theater).

Return of the (Tiger) King

Anyway, I finally got around to watching one of the more unusual hits during this pandemic: Netflix’s “Tiger King,” a documentary about private zoo owner Joe Exotic. The show is billed as a tale of “murder, mayhem, and madness” and honestly that doesn’t even begin to capture just how wild this show is. At numerous points, I found myself staring at the screen and thinking, “There is NO WAY this can be real.”

Even if you gather all the world’s best creative writers and told them to come up with the most outlandish story possible, I don’t think they could top the true story of “Tiger King.” If this show had come out before 2020, I don’t think I would have made it past the first episode. But 2020 has been so crazy that somehow it fits right in. The fact we’re all stuck in our homes and the world is awful right now provided the perfect environment for this show to become a viral hit.

I don’t even really know how to describe this show, other than that it must be seen to be believed. It features a feud (which you’ve probably heard about, thanks to Internet memes) that takes place between Joe Exotic and tiger sanctuary owner Carole Baskin (who may or may not have murdered her husband). The disappearance of Baskin’s husband is just one of the many over-the-top subplots this show has. In fact, it’s not even necessarily the craziest.

Ultimately, I wasn’t sure how to feel about the show after I finished watching it. I wanted to see it because it was a viral hit and everyone was talking about it, but in the end it actually made me feel a little sad. Because once you look past the eyebrow-raising drama, the real victims are the tigers who are bred solely for the purpose of entertaining people and who are not always treated with proper care and respect.

While Joe Exotic is getting a lot of attention right now, I hope that everyone who watched this show came away with an increased awareness of why people shouldn’t be keeping exotic animals like tigers as pets and why the breeding of these animals should be left to licensed, accredited zoos that can take care of these animals and that have their interests at heart.

To cut or not to cut

Though this entertainment news was not a surreal as “Tiger King,” I was still more than a little shocked by the announcement that the mythical “Snyder cut” of the Justice League movie did, in fact, exist, and it will be coming to HBO Max in 2021.

If you’re a geek, you’ve probably heard about all the drama surrounding the so-called Snyder cut of “Justice League,” but just in case, here’s a quick recap.

“Justice League” was released in 2017 to disappointing critical reviews and box office returns. Joss Whedon finished up the project after Zack Snyder had to depart the production due to a personal tragedy. The final film felt like a mishmash of Snyder and Whedon’s very different personal styles, and for a while now, certain fans have been quite vocal about wanting to see a specific Zack Snyder cut of the movie.

I always saw #ReleasetheSnyderCut as a quirky social media trend that would eventually fade away, but apparently Hollywood was actually listening and now the Snyder cut is a real thing. They’re even devoting a reported $30 million+ to the project.

Is this new cut a cash grab that won’t be that different from the version we saw in theaters? Maybe. But I have to confess that I’m already hooked; I will pay my hard-earned money to watch this alternate version, simply because I’m dying of curiosity. I did not really enjoy “Justice League,” but I’m actually a “Batman v. Superman” apologist, so I’m interested in seeing what Snyder comes up with here.

“Batman v. Superman” is a deeply flawed movie, but there are moments of greatness that it doesn’t receive enough credit for. Maybe “Justice League: The Snyder Cut” will still be a raging dumpster fire, but I’m intrigued enough to check it out.

As a side note, I am a little troubled by the concept of fans demanding a redo of a movie they didn’t like. Blockbusters, by their very nature, aim to be crowd-pleasers, but there’s also a danger of film makers being so concerned by audience reception that they’re afraid to try anything bold or ground-breaking. I don’t believe that “fans making demands of creators” is a very healthy process for creating art.

On the other hand, one could argue that “Justice League” suffered due to studio interference, and if the Snyder cut is a success, maybe Warner Bros. will give more directors freedom to follow their own vision for a project.

Finally, an interesting trend we’re seeing in terms of entertainment in our new COVID world is that more films are bypassing a traditional theatrical release and going straight to streaming.

In some cases, it may be a good thing, such as Disney’s poorly reviewed “Artemis Fowl” that probably would have flopped at the box office.

Even as someone who deeply loves the movie theater experience, I’m okay with having a mix of films, with some going straight to streaming and others that start in the theater. I still think a movie theater is the best place to see a movie, but not every film necessarily needs to be seen on a giant screen.

I hope that as theaters are able to safely reopen, the industry will find a balance between in-person and on-demand.