Posted 4 weeks ago by ESO Network 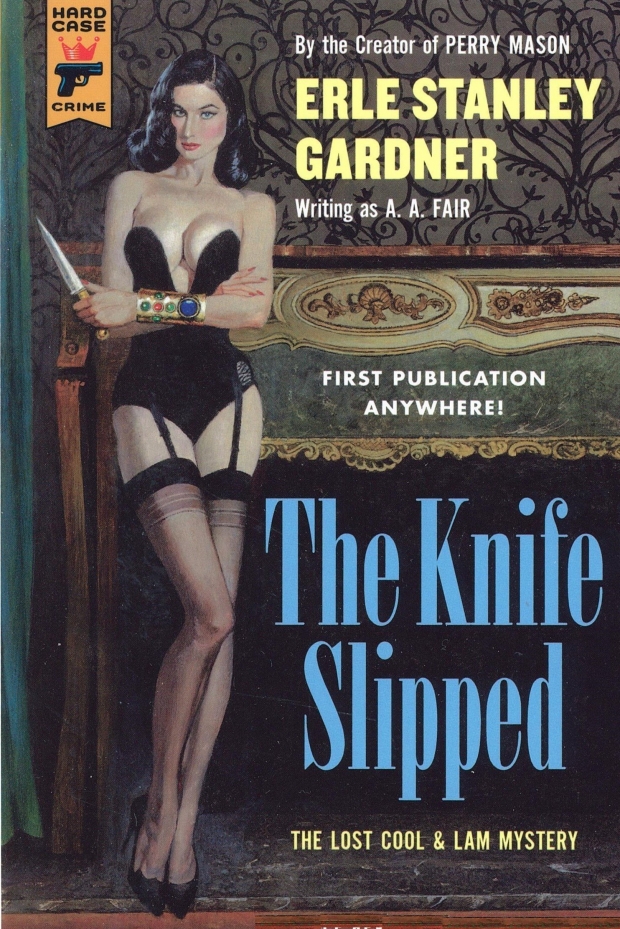 There is no specific reason we’ve never read an Erle Stanley Gardner book before. Truth be told, we were never impressed with the highly popular Perry Mason TV series starring Raymond Burr; though Mom and Dad watched it faithfully. Most likely that particular disdain was behind our lack of interest in Mr. Gardner. Oh, we were well aware that he was one of the few writers who began his career in the pulps and successfully achieved the goal of becoming a bestselling author.

At the same time Gardner, himself a lawyer, was pumping out his Perry Mason cases, he was also writing detective yarns featuring a really odd pair, overweight private investigator Bertha Cool and her operative, Donald Lam. These he penned under the pseudonym of A.A. Fair. Thus you can imagine the excitement when Hard Case Crime, a stellar publishing house devoted to classic mysteries, uncovered this lost Cool & Lam novel. In his wonderful afterword, writer Russell Atwood explains the history of the book which was originally intended to be the second in the series. There’s no need to repeat his essay except to say it’s a nice bonus to this first ever printing.

The plot is convoluted. A woman, and her overbearing mother, hire Bertha Cool to follow her husband who she suspects of cheating. Bertha assigns Lam to shadow the supposed cheating spouse and learn the truth. Her main concern established immediately in the first chapter is earning a generous fee from their client. Lam, a disbarred lawyer, is still new to the private eye game and Bertha sees it as her responsibility to tutor him properly. When Lam discovers the wayward husband is involved with a lucrative government scandal, things start to get very delicate. Bertha’s survival instincts kick in fast. Any further involvement could see them entangled not only with corrupt cops, but some rather deadly local mobsters. She warns Lam to be wary.

Alas that warning comes hours too late when the subject of their surveillance is murdered. Soon various parties begin pointing to Lamb as their patsy. “The Knife Slipped” is a solid mystery with two of the most intriguing characters you’ll ever encounter. Gardner plays fair, pun intended, in setting out the clues and by the book’s final we were both applauding the big reveal and laughing out loud. We may never desire to pick up a Perry Mason title, but we’re open to encountering Bertha and Donald again. Thanks Hard Case Crime.