Posted 7 months ago by ESO Network 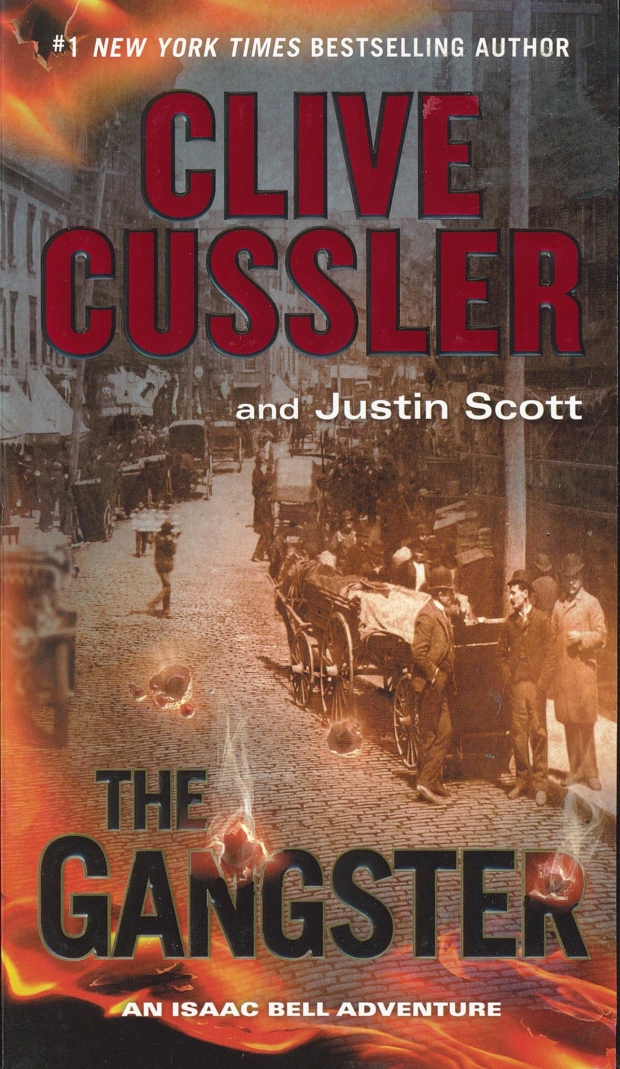 Of all the cottage spin-off series to come from Clive Cussler, my favorite remains the Isaac Bell stories, as writer Justin Scott knows his history and can write smooth, fast paced action better than most thriller writers today. “The Gangster” is no exception. It begins with an early encounter be Bell as a college student with an Italian immigrant, Anthony Braco, in a railyard. Later, that immigrant becomes the brilliant and cruel leader of New York’s Black Hand, the precursor of the dreaded Mafia.

Of course by this time, Bell is now a detective for the Van Dorn Agency and it is inevitable that the two will cross paths and become antagonist. All of this set up is wonderfully set forth and the tactics of blackmail and intimidation employed by are right out of crimeland textbooks. Where the novel takes a sharp turn is when Bell learns Braco has become involved with a plot to assonate President Theodore Roosevelt. From that point on, we dare any reader to put this book down. It flies over the last two hundred pages like a bolt of storytelling lighting.

We’ve enjoyed all the Isaac Bell books to date and “The Gangster” is by far one of the best. Can’t wait to see what Justin Scott has up his sleeve for the next one.